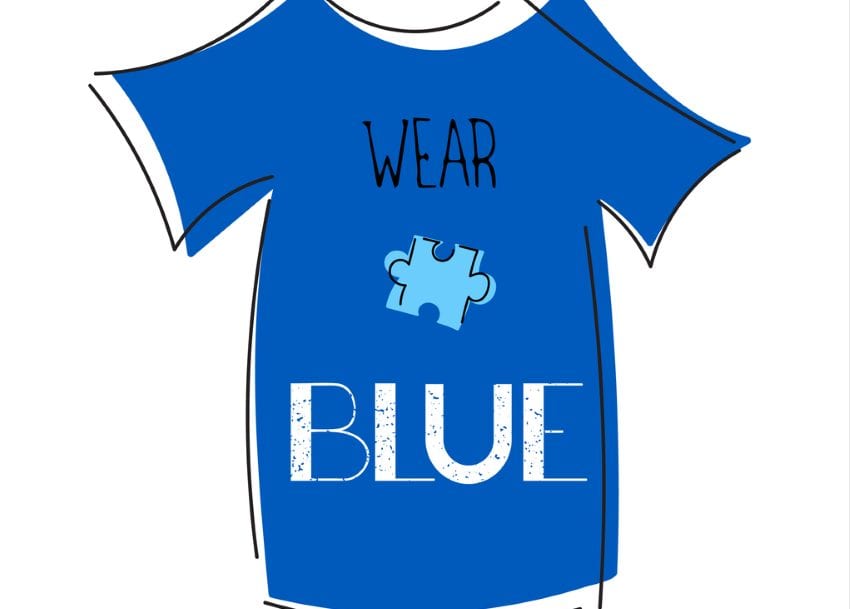 April is Autism Awareness Month across the York Region District School Board, as teachers, students and staff in over two hundred schools across the region are hosting programs and activities such as parades, fundraisers and displays.

Almost unknown a generation ago, autism has landed firmly in the public eye after changes in medical testing and public knowledge have seen stunning statistics like a 400 per cent  increase in diagnoses of Autism Spectrum Disorder (ASD) in the York Region School Board, in just seven years, from 2006 to 2014.

The spike in cases isn’t surprising, as autism only became an official diagnosis in 1994. Fresh public awareness and research since then have seen autism detected in cases where mental retardation, and learning and developmental disabilities were once suspected.

New cases have also come to light retroactively, as parents of children diagnosed with ASD have realized that they also showed symptoms of autism that were ignored as children, which underlines how awareness is crucial for people who have autism, as well as those who don’t.

While Autism Awareness Month in Canada is usually in October, the YRDSB has chosen April to showcase its programs, with a focus on April 3, the first school day of the month.

World Autism Awareness Day is Apr. 2 and the Autism Speaks group encourages the lighting off blue lights on major landmarks around the world to help with autism awareness. The CN Tower will be glowing blue on the evening of Apr. 1.

Autism Speaks encourages people to wear blue on Apr. 2 to show their support.

Lois Alderson-Wigelius is Coordinator of Autism Services for the YDRSB, and describes the mission of Autism Awareness Month as focused mostly on educating students who don’t have autism, about the challenges and unique talents of fellow students with ASD.

“It’s autism awareness and acceptance,” she says. “People with autism have gifts and strengths, and we want people to understand and accept, and we want to teach folks who have autism to be proud of who they are, and to celebrate who they are as people.”

With over 200 schools in the board, the main challenge is providing resources for staff and teachers to help create programs. The YDRSB works with Autism Ontario, and posts links on their internal website – resources such as PowerPoint presentations, picture books and other resources.

“It’s about teaching the rest of the world that this child may have problems socializing or responds differently, because there’s too much noise, or they don’t know what’s coming,” explains Alderson-Wigelius.

Spread across a huge area that includes Markham, Stouffville, Richmond Hill, Vaughan and Newmarket, the YDRSB lets each school design a program that suits their students and resources.

Using themes such as the colour blue and puzzle pieces – both are internationally recognized symbols of autism awareness, thanks to initiatives like Light It Up Blue – teachers and students have created displays and bulletin boards to help educate about autism, such as the one featured at Markham District HS last year.

Elsewhere across the YRDSB, Robert Munsch PS in Mount Albert held a community walk and Lake Wilcox Public School in Richmond Hill held a musical assembly. Bayview Hill Secondary, also in Richmond Hill, made a movie starring students from the school talking about what they like to do, and Pierre Berton Public School in Vaughan held an event featuring guests from police and fire services where video clips showed students from the school talking about their “super powers.”

Success stories from the schools were shared on internal channels throughout the YRDSB, and teachers were encouraged to promote their programs on social media such as Twitter. Alderson-Wigelius stresses that communication is important to build on their successes.