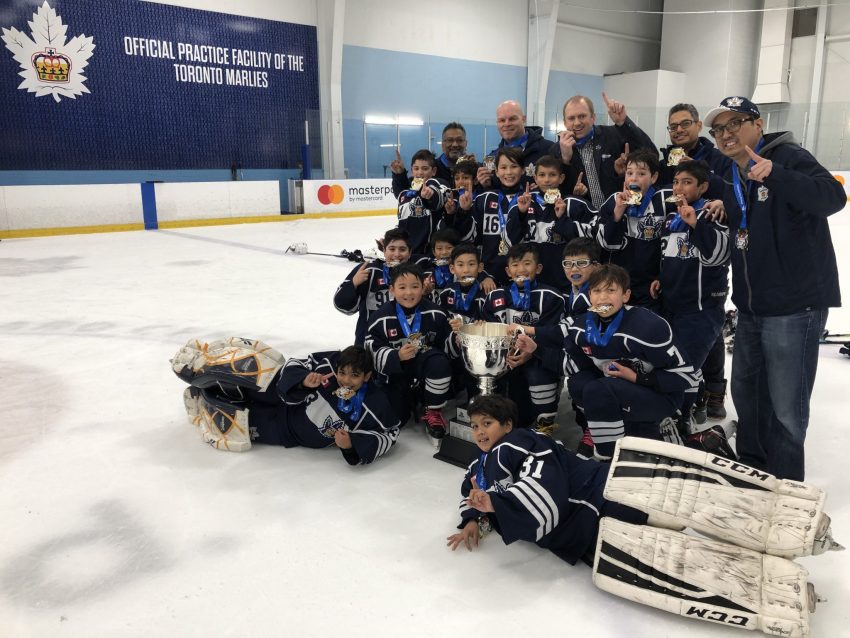 The Markham Waxers Atom-A team are gold-medal champions of the 2018 PlayStation Platinum Cup.

The Cup has become the most sought-after Atom-aged tournament with some of the top teams in the province competing.

After going 2-1 in round-robin play and clinching the first seed in their bracket, The Waxers advanced to the semifinals with an 8-2 win over the Port Credit Storm on Nov. 24.

The next morning, the Waxers squared off against defending champions Quinte West Hawks. The two teams were evenly matched and after regulation time, the game was tied 1-1 heading into a three-on-three overtime. Both teams had excellent chances, but the Waxers came out on top with a 2-1 win to secure their spot in the finals.

In the championship game, the Waxers faced the tournament favourite, number-one ranked seed Riverside Rangers. They came to the tournament with only two regular-season losses and a tournament record of 5-0. The Waxers came out determined and jumped out to a convincing 3-0 lead heading into the third period. The back and forth battle continued with Riverside storming back with two quick goals with 3 mins left to play. The Waxers closed the door and won the game 3-2.