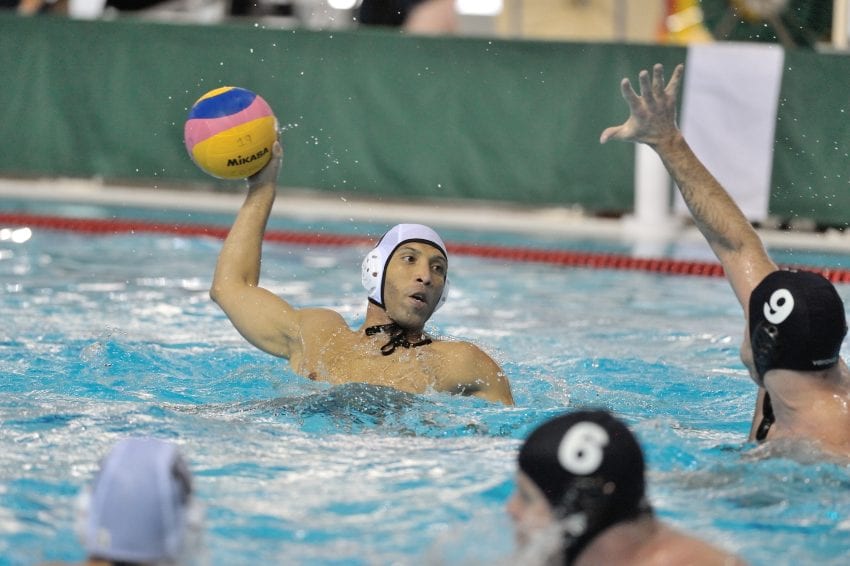 Canada’s water polo teams took home two medals at the 2015 Pan Am Games, and now the young players aiming to find their own way to the top of the podium will get their own chance in the pool at Markham’s Pan Am Centre.

The best teams from Eastern and Western Canada will visit the centre from March 31 to April 2 for Water Polo Canada’s Senior National Championships. The winner is awarded the Goulden Cup, which dates back to 1907, making it one of the oldest national trophies in the country.

Six players plus a goalie on each side will churn up the waters, fiercely trying to score in the team aquatic water sport.

It was three years ago that the sport in Canada adopted the current championship format with the aim of bringing the country’s best players together, growing the sport and fostering development, says Water Polo Canada League and Events Manger Neil Trousdale.

The championships will be the culmination of a months-long process that included competitions in six provinces and 15 cities.

“It always seems to come down to one game and they just keep missing it,” Trousdale says.

They’ve fared better at the Pan Am , with the women taking home a silver medal and the men a bronze medal during the competitions at Markham’s new centre

“The Pan Ams were great.  It was bittersweet in a way because the men, if they had beaten the USA in the gold medal game would have qualified for Olympics and they lost by one goal,” Trousdale says.

“Those events were a rallying point for people who care about Water polo in Canada.”

Though there about 100 teams spread across the country, the national training centres are in Calgary and Markham. Markham’s local Mavericks club has been a presence since 1993, but the Markham Pan Am Centre is helping grow the sport in this area, Trousdale says.

“Pools are the scarcest resource for water polo… the ones that do exist are very much competitive for the pool times they have.”

The state-of-the-art centre’s 2.5-metre-deep, Olympic-sized pool, complete with a moveable floor has thus been a boon to them.

Some of the athletes getting in the pool this spring will be looking ahead to the 2020 Olympic Games, but before that there’s the upcoming Universidad Games, for university-age players around the world,  the World Championships, and even the 2019 Pan Am Games in Peru before the Olympics loom.

Younger players have their own process for making the national teams, and the under-19 players will have their shot in Markham in May.