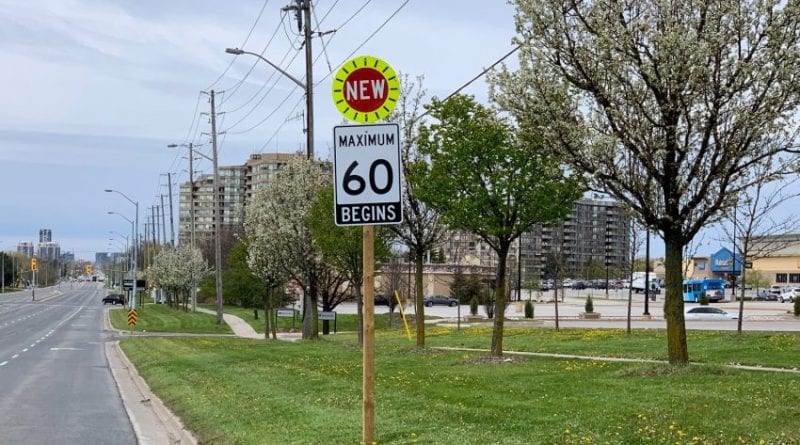 Drivers will need to reduce their speed in some locations in York Region, including a portion of Hwy. 7 in the City of Markham.

The speed limit on Hwy. 7 just west of McCowan Road to just east of Main Street in Unionville drops from 70 to 60 kilometres an hour following changes approved by Regional Council on April 30.

A ‘new’ sign will be posted above the speed limit signs to alert drivers to the changes, which are the result of factors like new development and infrastructure that change land use and traffic patterns along a road.

Speed limits can also be changed to promote consistent speed limits because speeds limits that change frequently within short distances on the same road can confuse drivers and reduce compliance. Also, speed limits that match driver expectations for a given roadway improve traffic operations and increase compliance, the Region explains.

Photo: Signage on Hwy. 7 near Markville Mall shows the new limit is now 60km/hr west of McCowan Road to just east of Main Street in Unionville.