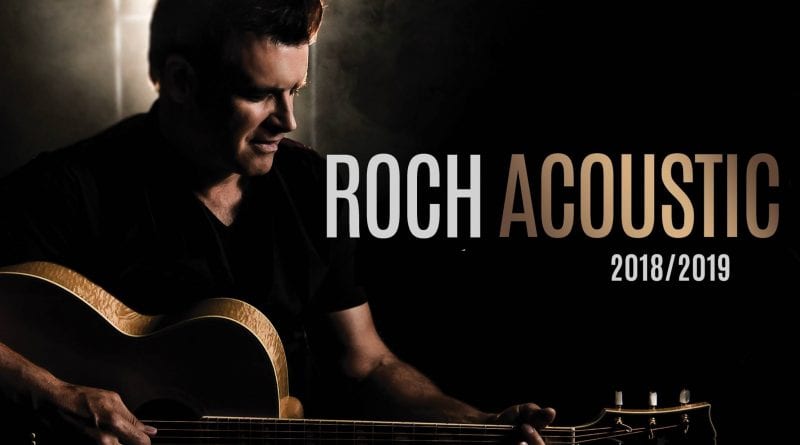 In 1986, Roch Voisine was still quite sure he would become a professional hockey player.

The New Brunswick native had a fondness and a knack for singing, he had just performed in front of 50,000 people that Canada Day in Montreal, but his heart was set on hockey. A few months later an old injury caught up to him and ended his hockey hopes, but launched a Canadian musical sensation.

Voisine released his first album, Helene, in 1989. The lead single of the same name spent weeks at the top of the charts. The album went on to sell more than three million copies and triggers what came to be known as Rochmania across Europe. In 1991, his European tour has Voisine singing to well over 250,000 fans.

Since then, his list of achievements is no less impressive. 25 albums released; he’s the first Canadian to score a diamond certified album in France; he has multi platinum sales for albums in both English and French; he has won and been nominated for multiple JUNO and Félix Awards; and, in 1997, he was made an Officer of the Order of Canada.

In addition to all this, Voisine has been performing to sold out audiences in Canada and around the world for three decades. He’ll likely add another sellout performance to the list when he visits Markham early this March.

“He’s a great Canadian artist that has connected coast to coast, and in both French and English,” says Flato Markham Theatre GM,  Eric Lariviere. “He’s exactly the type of artist we love to bring to Markham, whenever we can.”

Despite his international success, Voisine’s Canadian roots have informed many of his creative choices. Throughout his career, Voisine has continued to feel the pull between his distinctly different fan bases; French speaking and English speaking. Indeed this may be the most purely Canadian thing about him.

His solution has been to alternate between recording both French and English-language albums. His French language work and concert tours have continued to enjoy success in Europe (especially France) and Quebec, while his English-language recordings are staples of Canadian adult contemporary radio.

His true-north strong tendencies were also, somewhat ironically, on display when Voisine explored his fascination with American music on a trilogy of records called Americana beginning in 2010. Like most Canadians, he looked to the south with awe and wonder as a young man and became infatuated. This infatuation led to a resurgence of critical appreciation for his work.

Like most artists, Voisine’s desire to keep trying new things is tied to his longevity. His current, all-acoustic tour came about because the singer was lamenting his desire to change things up. It seems that his desire to surprise his audience can get lost in a 30-year career. He decided to do something different and the concept was born. The show features Voisine accompanied either entirely by himself or sparsely by two other musicians on guitar and keyboards. This concept has led him to rework and rearrange most of his catalogue, making this tour a truly unique set of shows.

“It’s a fantastic opportunity to see him in the intimate setting that The Flato Markham Theatre offers,” says Lariviere.

Rich Voisine performs at the Flato Markham Theatre on March 2 at 8 p.m. Tickets are available by calling 905-305-7469 or online here.