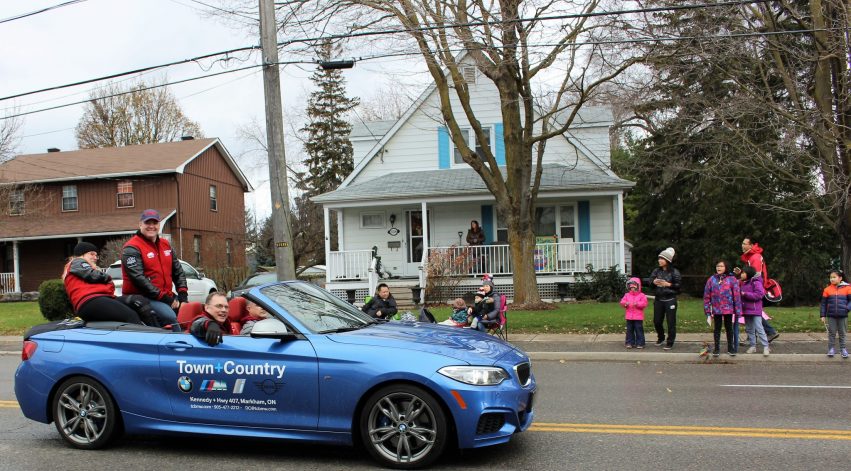 The city held its 45th annual Santa Claus parade on Main St. Nov. 25th and invited Invictus Games athlete and fireman, Corporal Phil Badanai (pictured above) to serve as Marshall. After connecting with him, Badanai offered to reach out to the 15 local athletes in the GTA and managed to secure the participation of nine.

“The great thing is when they asked me to do it, they also asked me if any of the local Invictus team members were around and they would like to participate,” said Badanai. “I’m being honoured by Markham and I want as many of my teammates to come enjoy this with me. Here’s another opportunity for teammates to get together and say ‘hey, the games might have been over, but we can still celebrate together.”

Badanai is also actively involved in the GTA with the 4th Canadian Mounted Rifles Association and the Red Fridays Foundation of Canada. He spent a lot of time in the city practicing with the Wheelchair Rugby team during the games and considers it a second home.

This year the entire parade was live-streamed to the city’s Facebook page with a special appearance by popular Canadian news anchor, Lloyd Robertson. It also featured over 100 floats with Canadian heritage 150 themes celebrating Christmas.