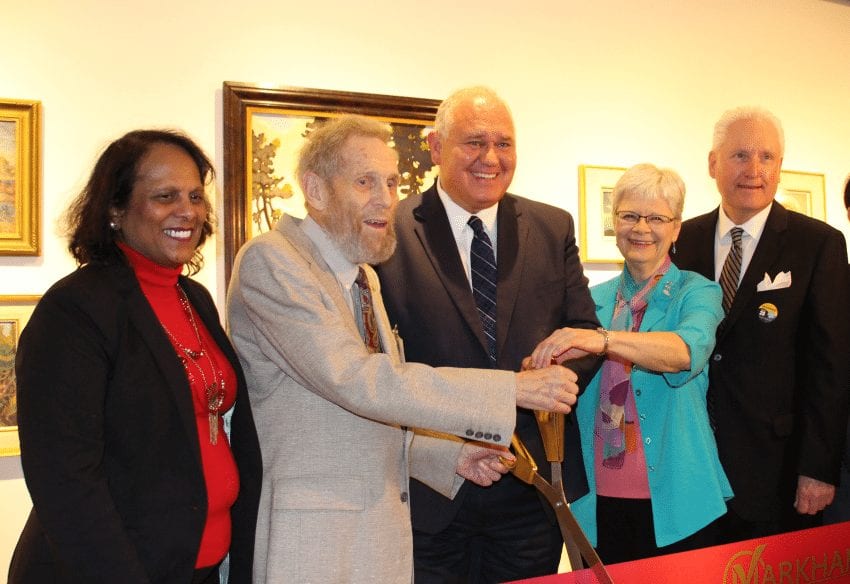 The Varley Art Gallery art collection just got even better.

The recent donation includes twenty-two works and represents all original and later members of the Group of Seven, with the exception of Edwin Holgate. The Varley Art Gallery is delighted to receive Jack MacQuarrie’s remarkable collection as it celebrates both the Gallery’s 20th anniversary and Canada 150.

The MacQuarrie Collection is not just a timely gift for the Gallery, but an important donation to the entire community of Markham in celebration of the Gallery’s 20th anniversary. The Group of Seven has a special connection with the City of Markham as Thornhill was home to several members of the Group of Seven in the crucial early years of its formation. The City of Markham is, therefore, both proud and grateful that MacQuarrie chose the Varley Art Gallery to receive a gift of such great cultural significance. This donation is a major addition to the Gallery’s holdings and will greatly assist the Varley Art Gallery in its mandate of sharing with the public the life and work of Frederick Horsman Varley and his contemporaries.

The Varley is delighted to announce that among the twenty-two works donated by MacQuarrie are two Franklin Carmichaels and one Lawren Harris – the first representation of these two significant figures in our holdings.

All twenty-two works are available for the public’s enjoyment until April 30 with free admission. Visitors can also get a glimpse of the collection during Doors Open Markham on September 30, 2017.

Established on May 31, 1997, the Gallery first opened its doors through the generosity and foresight of Kathleen Gormley McKay. In 1996 Kathleen McKay donated some 100 works of art by F.H. Varley and other artists. This was the founding gift to the Varley Art Gallery holdings, which have grown substantially over the years. Today the Varley Art Gallery cares for important collections of Canadian art, both historical and contemporary, including works by William Moll Berczy, A. J. Casson, Sorel Etrog, L.L.Fitzgerald, F.H. Johnston, A.Y. Jackson, Fernand Leduc, Arthur Lismer, Ron Martin, J.E.H. MacDonald, Doris McCarthy, Guido Molinari, Lucius O’Brien and numerous works by Frederick Horsman Varley.

The Jack MacQuarrie Collection was formed over the course of 30 years, largely from the late 1950s through the 1980s. MacQuarrie’s objective was to create a small, but representative selection of works that would show “Canada as seen through the eyes of artists.” He was also interested in acquiring at least one object by each member of the Group – with one exception. Primarily interested in landscape, MacQuarrie did not purchase anything by Edwin Holgate – as that artist is best known for his figurative work.