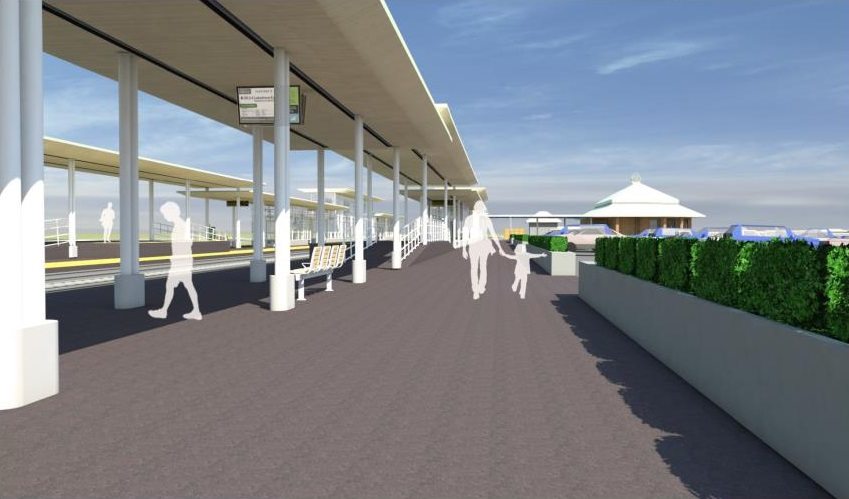 A renovated Unionville Station will be part of the work completed during the overhaul of the Stouffville GO Transit Line.

The work, expected to begin later this year, is included in the $254.5 million project that has been award to EllisDon Transit Infrastructure (EDTI) by Infrastructure Ontario (IO) and Metrolinx. Substantial completion is expected by the end of 2020.

Upgrades to Unionville Station will focus on an additional track, new side platforms with a canopy enclosure and a snow melting system, improved elevators and passenger access tunnels, 300 additional parking spaces, the addition of a bike storage room as well as other upgrades.

Other major improvements to the Stouffville line will be renovations to the stations at Milliken and Agincourt and a railway overpass bridge at Steeles Ave.

“Today’s announcement is good news for the people who use the Stouffville GO line, and is a good example of how our government is moving forward with regional express rail that will deliver exceptional service to people living across the GTHA,” said Kathryn McGarry, Ontario transportation minister. “The communities along the line will benefit from better GO service, along with useful customer features like new platform canopies and new pedestrian connections.”

Work on the Stouffville GO corridor is part of a larger, system-wide plan to improve overall GO Transit service throughout southern Ontario. The extensive program is expected to grow the network of weekly trips from the current level of 1,500 to 6,000 by 2025. The Ontario government plans to invest $21.3 billion to transform the GO network from one used mostly by commuters to that of a complex regional rapid transit system.

“Improving commute times and easing congestion are critical for families and businesses, and a priority for our government,” added Bob Chiarelli, Ontario infrastructure minister.