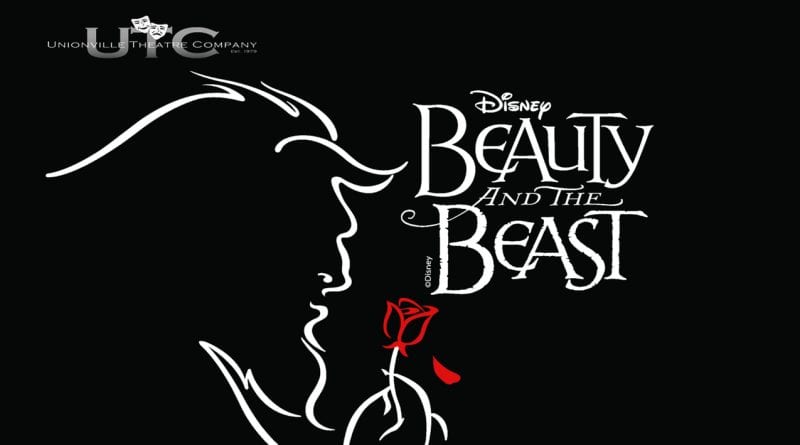 Anyone that knows anything about theatre will tell you that the hardest thing about running a performance company is simply managing to exist. With nearly four decades under its belt, Unionville Theatre Company is well past that. UTC, as it is affectionately known, is hard at work refining its tradition of being an annual opportunity for young and old alike to enter the worlds of theatre and music and learn about performing and production.

“Michael Johnston, the founder of UTC, had a dream to create a safe and inclusive group where local youth could hone their creative talents,” explains Carlene Flynn, the company’s long time producer and current matriarch. “After three productions in his basement, the audience grew to overcapacity and he had to move the show.”

The company has been at the Flato Markham Theatre since 1987.

To help celebrate the company’s 40th year, UTC is revisiting one of its favourite musicals this February, Disney’s Beauty and the Beast. The company had one of its biggest successes with the show in 2008 and revisiting it seemed like an appropriate celebration of what the company does.

“The enchanting tale will be brought back to life by 51 cast and 20 orchestra members,” says Flynn. “It takes a community of passionate and dedicated people to be able to achieve what we do season after season.”

The show itself is an adaptation for the stage of the Disney animated musical movie of the same name from 1991. Based on a 16th century French fairy tale, the live action musical showcases the film’s Oscar winning score as well as new songs by composer Alan Menken, who is also known for The Little Mermaid, Aladdin and Little Shop of Horrors.

The story follows the character of Belle as she finds herself imprisoned by, but also the only hope for, a selfish prince cursed to be a monster until he learns to fall in love. Of course, the prince’s curse has doomed his servants and courtiers to a horrible fate as well, so they take it upon themselves to help romance along.

Be Our Guest, Something There and Beauty and the Beast are among the most notable songs from the show.

Despite being nominated for nine Tony awards, 10 Drama Desk awards, as well as winning the Olivier Award in London for Best New Musical, audiences have always loved this show far more than its critics. The show is among the longest running in Broadway history, managing 5,461 performances before it closed.

As usual, UTC has assembled a strong creative team for the piece. Director Kent Sheridan, musical director Doug Manning, and vocal director Jimmy Tao face the dual task of leading the creative process and being arts educators for the young people in the show.

“It is not just the show, it is the training in vocals, dance and character that our cast receives,” says Flynn. “We rehearse over a five-month timeline three times per week.”

In 2017, the company was named Community Group of the Year by the Markham Performing Arts Association and was recently awarded the Ted Roger Community Grant to support organizations that are invested in helping Canadian youth succeed.

“Step into the enchanted world of Broadway’s modern classic with us,” says Flynn proudly. “This tale as old as time is family theatre at its best.”

Unionville Theatre Company presents Disney’s Beaty and the Beast at the Flato Markham Theatre from Feb. 20-24. Tickets are available by calling 905-305-7469 or online here.