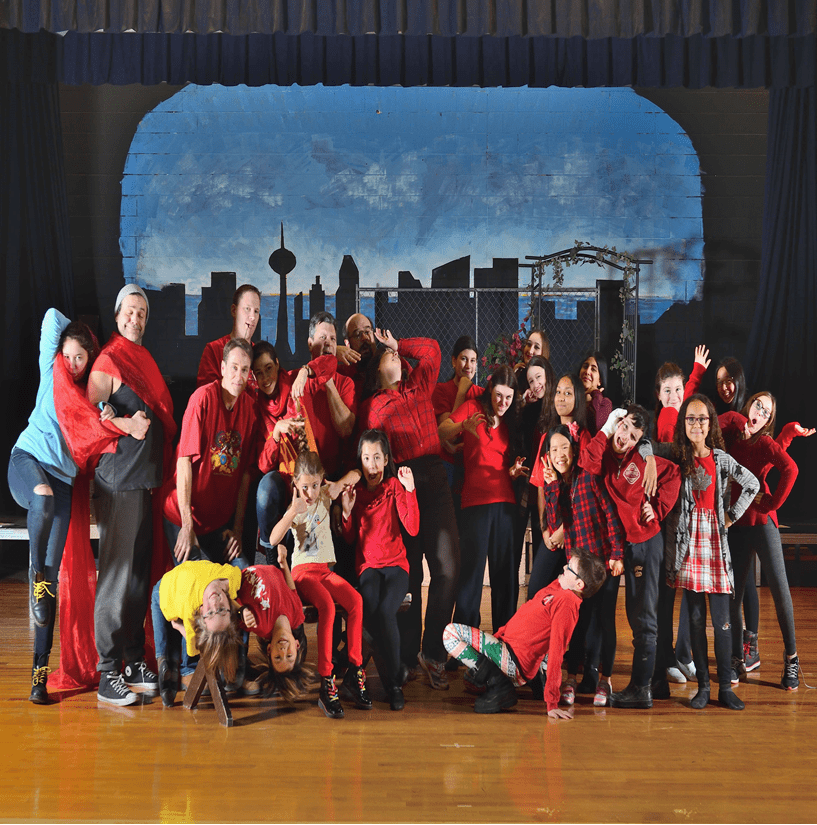 Made popular by the 1968 film and the original book written by Ian Fleming, the show is a story about invention, about inspiration and about seeing the world through the eyes of a child. This is fitting, considering the historic company’s place in the community and its focus on young people.

Creating theatre in Markham and Unionville since 1979, the UTC’s annual musical production is a fixture of the local arts scene. The company offers a unique opportunity for young people to enter the worlds of theatre and music and learn about performing and production.

“The growth I see with each production and with each cast member; each season is magic,” says long time UTC producer Carlene Flynn.

Magic is especially appropriate for this year’s show. Fleming, the writer known for creating James Bond, set about creating Chitty Chitty specifically to highlight the magic of youth. Taking inspiration from a series of racing cars, which were his love as a boy, he wrote a Bond-like novel that was centered around children as well as on a flying car with a mind of its own.

Nominated for five Tony Awards, three Olivier Awards and winning the coveted “Best Family Show” title from the Manchester Evening News, the musical adaptation of this fantastical tale has inspired audiences and broken box office records since its opening.

Stepping into the role of director this year is Clennie Fraser Mangialardi. A veteran of the company both as a proud mom and a frequent costume designer, her years of experience are a great asset in guiding this year’s production.

“It is, again, truly magical to witness the development of the cast,” adds Mangialardi. “The older members mentor and encourage the younger ones and the younger cast members continually amaze and enrich the experience for our older members.”

Highlights of the cast include Quinton Neufeldt, singing the lullaby Hushabye Mountain; the Potts children played by Annelise DiPaola, Julian Barradas, Isabelle Pelowich and Matthew MacArthur, and Karen Gray in the endearing role of Truly Scrumptious. Comedic turns are promised by two duos, real-life father and daughter Frankie and Venus Gennaro and, as the villains of the piece, Cathy Ingram and David Kouhi.

The show’s production team is filled out with veteran member and music director Doug Manning, vocal director Emilia Hwang-Kim, choreographer Val Ovtcharov and perennial stage manager Rob Cline. With a long list of credits in both professional performance and education between them, much of the company’s ability to provide training to young people comes through their stewardship. They are led by Flynn and her co-producer Cathy Edwards.

“What makes UTC unique is that over the months of rehearsals, dedication and commitment by all involved, the group becomes a family,” Flynn says.