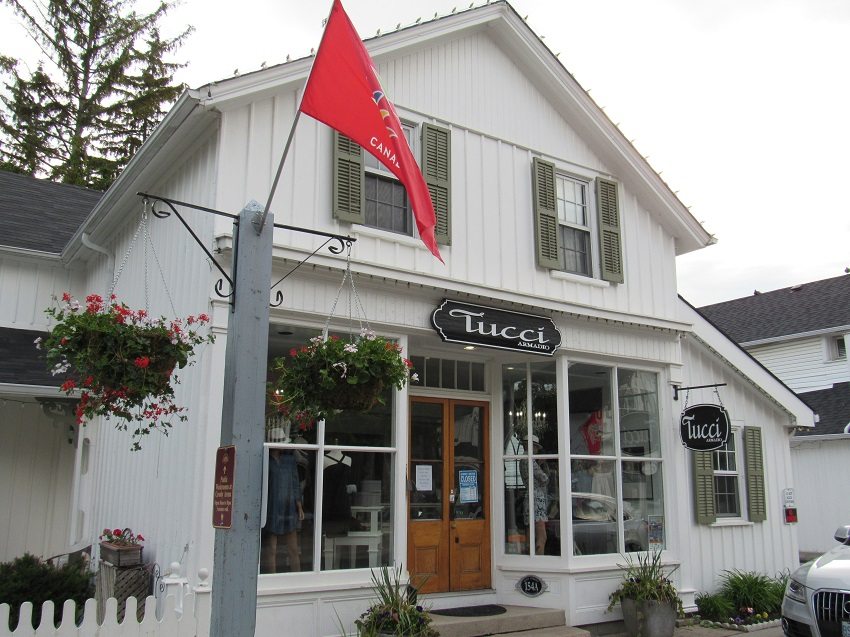 Imagine the excitement that must have been felt by the people of Unionville in 1867, as a new nation was about to be created from a group of British colonies north of the United States. Unionville had been established as a small village for several decades by that time, getting its start when a saw mill and grist mill were built on a tributary of the Rouge River. At first growth was slow, but in the years following Confederation, the Toronto and Nipissing Railway was built through the village and a period of optimism and development was underway.

The building of the Braithwaite general store and residence was a local highlight in 1867. The Braithwaite family were not new to business in the area. They got their start north of the village in the early 1840s when John Braithwaite established a store at the crossroads of Kennedy Road and 16th Avenue. In addition to the business, the family had a farm on the same property. The store location was shown on a map of York County published in 1860.

In the 1861 census, John Braithwaite’s son, Mark, was listed as a merchant and farmer, having become part of the family business after trying the trade of wheelwright for a while. He married Elizabeth Eckardt, a member of Unionville’s founding family, which opened the door to an opportunity to relocate into the heart of the emerging village. Elizabeth’s father was Gottlieb Eckardt, famous for his role in the Upper Canadian Rebellion of 1837. His brother, Frederick, also involved on the Reform side of the uprising, was responsible for laying out a series of building lots along the mill lane on his property, laying the foundation for the distinctive Main Street of Unionville that we see today.

A business directory of 1866 described Mark Braithwaite as a “dealer in dry goods, groceries, hardware, boots and shoes, etc.”  He was also an issuer of marriage licenses, and sold insurance. The location was described as the “north union store” which implies that the business was still in its original location at the south-east corner of Kennedy Road and 16th Avenue at that date, even though the Braithwaites had purchased a property in the village proper in 1863 from Frederick Eckardt. Today this property is addressed 154 Main Street. It once included the commercial lot as well as a farm at the back.

Circa 1867, Mark and Elizabeth Braithwaite built a combined store and residence on their lot in the village. Their house was set back from the street to provide a fenced front yard for the use of the family. The store, connected to their residence, projected forward to the street line for the convenience of their customers. This was the ultimate live/work situation. The daily commute was only as far as passing through the connecting door. The downside was that the workplace was never out of sight.

Mark Braithwaite’s store was one of several operating on Main Street as Unionville’s property and business activity increased after the arrival of the railway in 1871. His store increased in importance to the community when the post office was located there from 1875 to 1885. Later on, the store was a taxidermist’s showroom and for a period of time, the public library. Local people still refer to the store as the “Trunk store” not because they sold luggage, but because a business was run there by Vernon and Carol (Braithwaite) Trunk.

The Braithwaite Store is Main Street Unionville’s most authentic 19th-century storefront, carefully restored in the 1990s. It looks much the same as it would have been when Canada was born in 1867. The house behind the store is the last historic private residence within the commercial core of Unionville. It is remarkable that it is still owned and occupied by a descendant of the original owner.