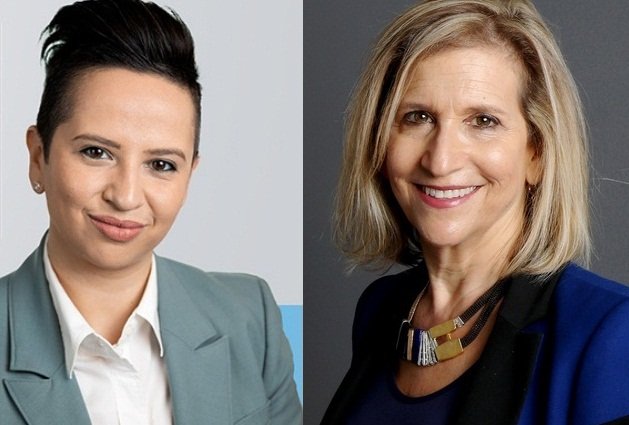 Two women are in a nomination battle, each hoping to replace recently-retired Peter Kent, as the Conservative Party’s next Thornhill riding candidate for federal parliament.

Lantsman, 36, held senior roles in the 2008, 2011 and 2015 Conservative Party campaign war rooms, and held key positions with ministers Joe Oliver and Peter Kent. She led the PC campaign war room in 2018, also serving as campaign chief spokesperson. “I know what it takes to win,” she told the Markham Review.

A political pundit, she appears on CBC’s Power and Politics, and her weekly radio show on Bell Talk Radio Network. The country’s largest newspapers have printed her columns.

She believes major issues of concern for constituents are increasing incidents of antisemitism, and that the Liberal government has been inconsistent on supporting Israel.

Economic hardships are increasingly becoming a problem with small business owners, and the next generation, she said.

In Dec. 2016 Martow presented a motion, which later passed in legislature vote, officially rejecting the Boycott, Divestment and Sanctions campaign against Israel. It was supported by the governing Liberals, and Progressive Conservatives.

Small businesses distress during COVID-19 is a big concern, she said. “Governments at all levels want to do everything they can to ensure that our residents come out of this pandemic physically healthy, emotionally healthy, but our business community needs to be healthy as well,” she said.

She adds that the federal Liberals have not “come forward with their fair share with the funding” for the new Yonge subway lines, and she wants to bring those concerns to Ottawa.

Previous to becoming MPP, Martow was an optometrist with her own practice.

She has received endorsements from 18 provincial caucus members, the former school trustee for York Region, and the former MPP for Thornhill Peter Shurman.

There will be an election town hall debate Wednesday Dec. 16 at 8pm via Zoom (link here)