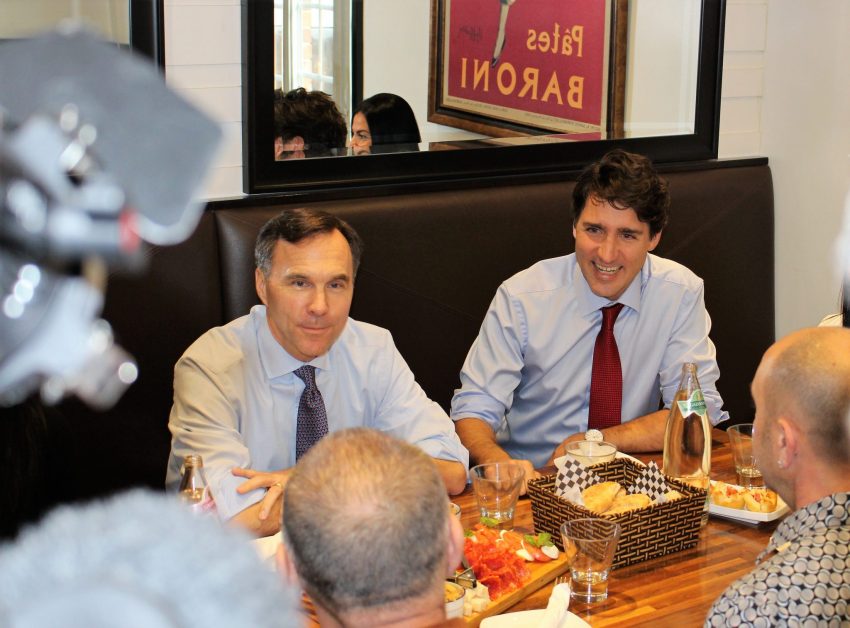 The tax rate will go down to 10 per cent by January 2018 and then an even lower 9 per cent in 2019, in a move to “fulfil a promise (the government) made to Canada’s small business owners”, according to Trudeau. The sudden move was made in response to widespread criticism from small businesses across the country on recently proposed changes to the tax system.

Speaking of the family business he was visiting today, “It’s small businesses like this one that drives the Canadian economy. They create jobs, they support our communities and make them even better places to call home. Like all hardworking Canadians, the Rampulla’s deserve an economy that works for them and for their customers,” he said.

“This tax cut will support Canada’s small businesses so that they can keep more of their hard earned money – money that they can invest back into their businesses, their employees and their communities,” said Trudeau.

He also reminded everyone that his government’s commitment to lowering small business taxes was based on a review of the current tax system. “We would only make this change after we took a look at the tax system. That’s what our consultations of these past months were all about,” said Trudeau.

The Prime Minister added an end to the practice of income sprinkling to family members not contributing to the family-owned business. He also announced that the government will not be making any changes to the lifetime capital gains exemption rules following consultations with Canadian farmers, fishers and entrepreneurs.