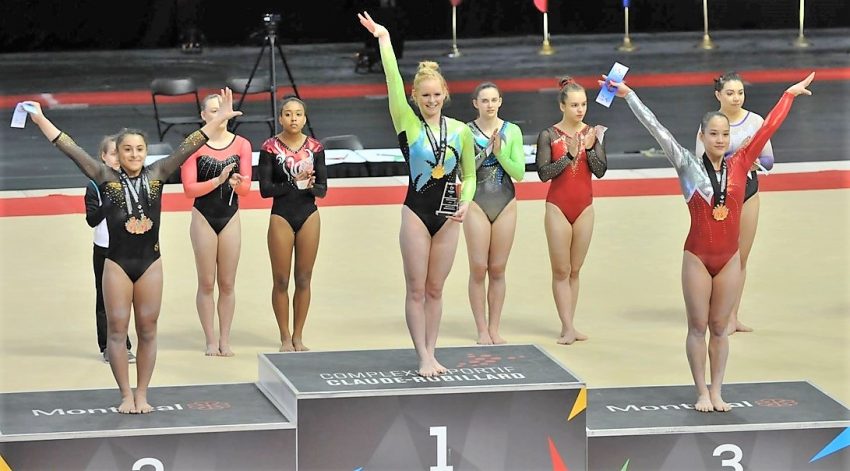 The accolades keep pouring for the team at TriStar gymnastics, who just returned from the 2017 National Championships in Montreal. Two of the clubs athletes represented Ontario at the eight day tournament taking place May 23-29.

Level 10 gymnast, Alana Ricketts competed in the age 13-15 category at her first ever nationals almost making it to the top 20 heap after entering the finals.

Morgan Tong, also a level 10 athlete, competed in age 16+ category at what was also her first nationals earned third place. She scored an impressive 37.215 all around after placing 1st on vault, 16th on uneven bars, and 5th on beam.

Tristar has earned medals at the provincial, eastern and national tournaments this year.

(In this picture: Alana Ricketts receiving her bronze medal)

Since 2007, Markham Cycling Day has been the largest public cycling event in York Region. With more than 1200 riders