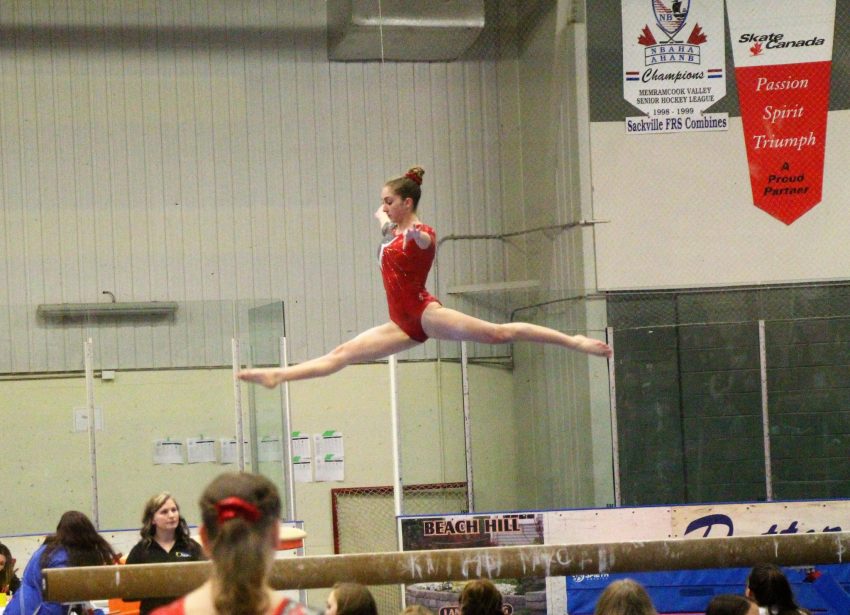 Shortly after reaching the top of the heap at the provincials in April, the team at Tristar Gymnastics went on to win gold and silver at the Eastern Championships. The competition was held in the town of Sackville, New Brunswick May 4-8 where best athletes from provinces in Eastern Canada competed in various age categories.

The athletes represented their areas by showcasing their abilities, two of which are from right here in Markham. Young Kyra Choy competed in aspire 2 – ages 10-11 where she contributed at each event to earn the Ontario team 2nd place.

Alexa Vigliatore earned a spot in level 8 / age 15+ where she placed 2nd on vault, 4th on bars, 1st on beam, 8th on the floor and 2nd all around. Alexa contributed on all four events to win the gold for her Ontario team.

It was the first time at the Eastern Championships for both competitors, who helped bring their teams, this city and province to triumphant results.