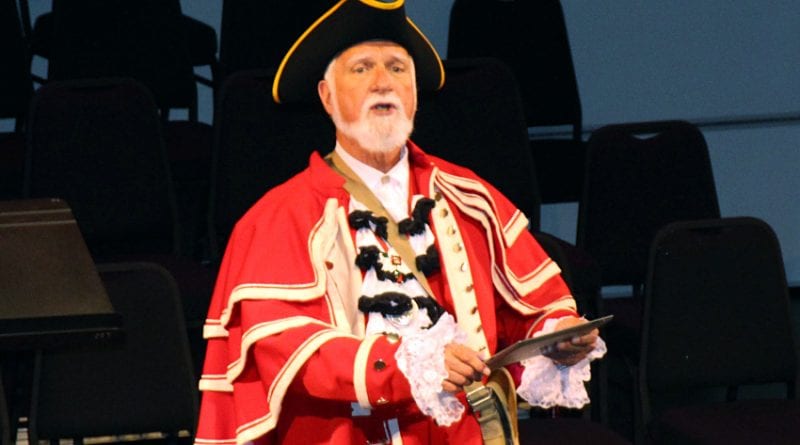 John Webster is the world’s best at spreading the news.

Webster, Markham’s long-time town crier, has recently proved that he was tops in his class at an international competition held in Michigan.

The town crier since 1987, Webster competed against those from the United Kingdom and the United States in the event held in Holland, Michigan that regularly celebrates the art during its annual Tulip Time Festival in May.

While the duties of a town crier are now largely ceremonial, their history dates back to the 18th century when they were employed by various forms of government to deliver news and proclamations throughout towns and the countryside.

For his part, Webster performs his duties at events around the city and during special occasions where a little pomp and pageantry are called for. Dressed in bright red clothing and tricorn hat, he uses a bell to announce his presence and with a booming voice delivers his message.

As well as Markham, Webster is also the official town crier for Aurora and East Gwilimbury in York Region and for the Town of Cary in North Carolina. He often travels abroad to compete in competitions. When he is not front and centre publicly Webster operates his own publishing company. He is also a former Markham town councillor.

As for his world class showing in Michigan, Webster was charged with the task of speaking about his hometown and convincing the judges of the merit of his presentation.

Afterwards, he told Channel 13 in Grand Rapids, Michigan that the prime benefit of the job is communicating with the public.

“When I walk here at Tulip Time, people come up and say, ‘Oh, who are you?’” he said. “I tell them, and we can talk and interact back and forth and maybe that will help just a little bit with world peace.”