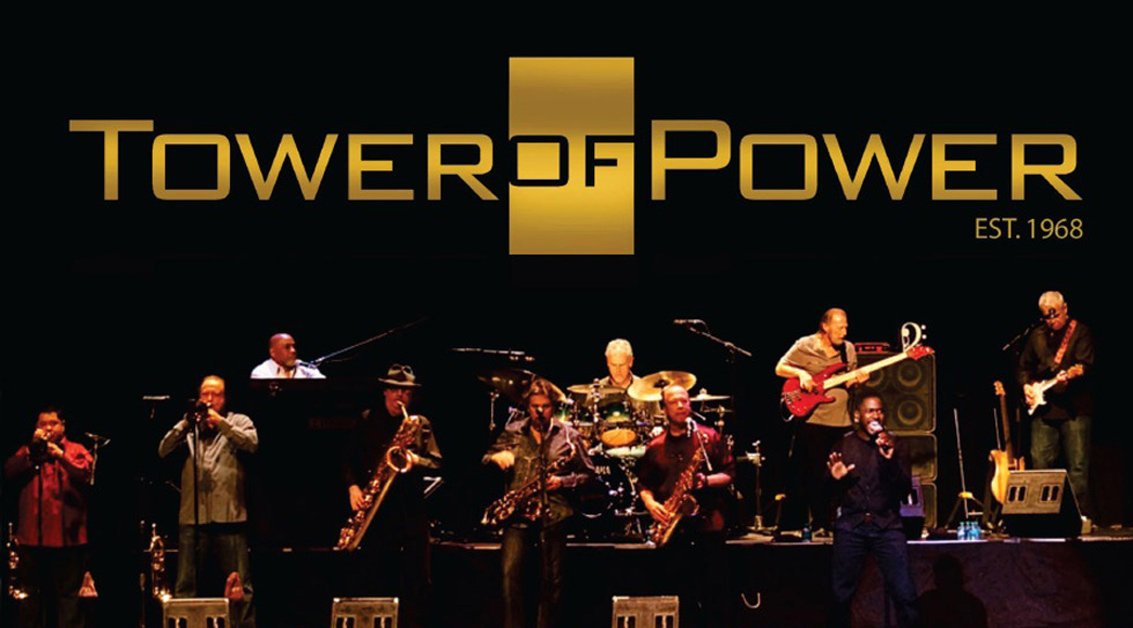 Since 1968, Tower of Power has created and performed music in their own unmistakable style. The sound of the band can be hard to describe. Bandleader and founding member, Emilio Castillo, has labelled their sound as “urban soul music.” This year marks 50 years of touring the world in front of sold-out crowds.

In the late 1960s, the San Francisco Bay area gave birth to many legendary musical acts. The Grateful Dead, Jefferson Airplane, Santana, Janis Joplin, Journey and the Steve Miller Band all claim San Francisco as their ancestral home. Tower of Power came from across the bridge in Oakland. With this came attitude, toughness and a groove that fans still can’t find anywhere else.

The band came together in July 1968 when Emilio Castillo met Stephen “Doc” Kupka. Doc stopped by a band rehearsal at Emilio’s family home to audition. From the kitchen , Emilio’s dad overheard and gave his son some life-changing advice: “Hire that guy, he’s got something.” That legendary baritone sax sound was now in the band. On August 13, 1968, Tower of Power, as we know them today, started a career that would take them on a 50-year journey.

Their second album, Bump City, was recorded for Warner Brothers and this led to a string of hits and albums. What is Hip?, Down to the Nightclub, Don’t Change Horses (In the Middle of a Stream), You’re Still a Young Man and Squib Cakes are just a few of the tunes the band brings to life every night.

“We have the uptempo songs that are funky and energetic and get you to dance and then we have the heart-wrenching love songs that we play,” says Castillo. “There is something for everyone. Come out, make a lot of noise and party.”

The Tower of Power Horns has appeared on hundreds of records by other artists too. Aerosmith, Elton John, Little Feat, Phish, Santana, Heart, and many others have infused their music with the band’s unique sound.

Each year Tower of Power tours the United States, Japan and Europe. Since the beginning, Tower of Power has never stopped touring and recording. Always in demand, the band never fails to entertain and amaze their fans.

“It’s a 10-piece band. Five horns, four-piece rhythm section and a dynamic lead singer,” says Castillo. “His name is Marcus Scott, and he is one of most fabulous soul singers you’ll ever see in your life.”

The one way that Tower of Power is very much like those other bands from San Fransisco is that they have always been blessed with a dedicated group of fans that make seeing them a priority. Fans often travel to see shows and even plan work and vacation around an appearance by the group.

They have made regular stops in southern Ontario over the past 20 years. Their shows have not only delighted fans, but staff at the theatre also looks forward to their appearances.

Tower of Power performs at the Flato Markham Theatre March 23 at 8 pm. Visit www.markhamtheatre.ca for details.