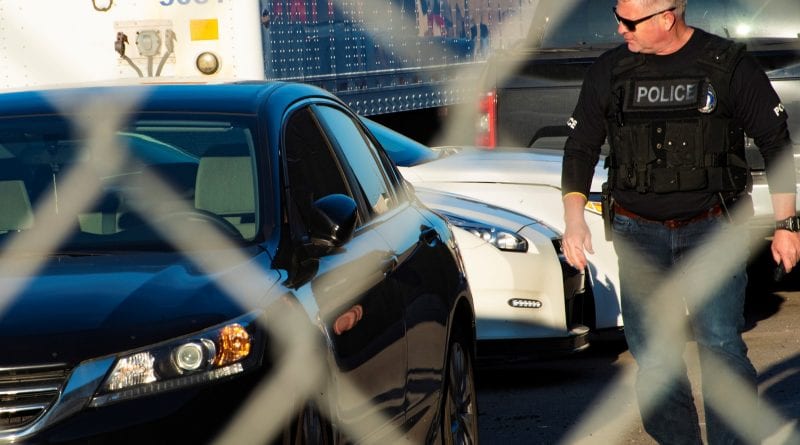 Investigators with the York Regional Police Organized Crime and Intelligence Services have laid organized crime-related charges in relation to violence, property damage, fraud and drug trafficking as part of an ongoing, joint-forces investigation into the tow truck industry.

The Greater Toronto Area (GTA) has been the scene of violence between rival tow truck companies who have been fighting over financial profits from the towing of vehicles and, the most significant source of profit, the frauds following the initial tow. The competition for control of the towing market has resulted in murders, attempted murders, assaults, arsons, threats and property damage.

In response to the organized criminal activity, in February 2020, York Regional Police, working with the Ontario Provincial Police (OPP), the Toronto Police Service (TPS) and the Canada Revenue Agency (CRA) launched a joint-forces investigation dubbed Project Platinum. This ongoing investigation has identified several organized crime groups working within the towing industry who have used violence and property damage as a means to gain control and territory within the industry.

The investigation revealed that Paramount Towing, along with other rival towing groups, have been involved in defrauding insurance companies with vehicles involved in collisions and staged collisions. The tow companies partnered with auto repair shops, as well as car and truck rental companies, to carry out their frauds. Insurance companies worked to mitigate the fraud and additional costs to the consumer and actively pursued legal action against various tow companies. One law firm, Carr Law, which had been located in the City of Vaughan and was hired by the insurance companies, became the target of violence, threats and extortion.

As part of Project Platinum, on April 30 and May 1, with the assistance from officers in the York Regional Police Emergency Response Unit, warrants were executed in the City of Brantford and the City of Hamilton. Five suspects were taken into custody and have been charged.

On May 20, York Regional Police, with assistance from the OPP and the TPS, executed 21 search warrants at residences and businesses in the Cities of Vaughan, Richmond Hill, Markham, Hamilton, Oakville, Toronto and the Towns of Aurora and East Gwillimbury. Three suspects were arrested and have been charged.

The investigation is ongoing. Anyone with information is asked to contact the York Regional Police Organized Crime and Intelligence Services at 1-866-876-5423, ext. 7818, or call Crime Stoppers at 1-800-222-tips, leave an anonymous tip online at www.1800222tips.com.

(NC) Tax season is here, and many of us will be getting some money back. Perhaps one of the most