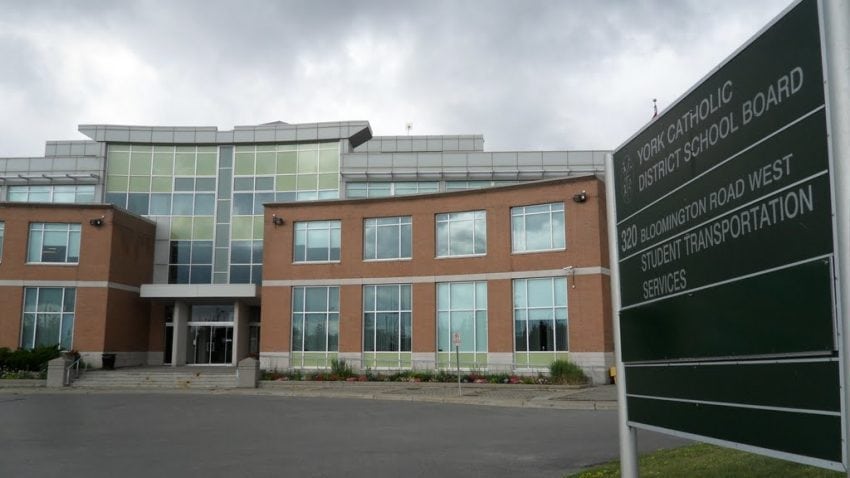 The top graduating student this year in the York Catholic District School Board says getting good grades was only part of his education. Equally important was learning new things.

“Challenging myself by learning new things, improving upon my skills and interests, and experiencing personal development is what motivates me to do well,” said Theodore Ngo. He graduated from St. Robert Catholic High School at Markham with a 99.83 per cent average in his top six Grade 12 courses. He was part of the school’s International Baccalaureate (IB) program, which meets the Ontario curriculum and also offers a rigorous, internationally-recognized curriculum. His older sister recommended the program because she thought it would challenge him in high school and better prepare him for university.

“The IB program at St. Robert is excellent,” said Ngo. “The administrators and teachers position themselves in a way to help everyone succeed and do well. Throughout high school, the IB students form a tight-knit group that support and encourage each other.”

In addition to his studies, this year, Theodore earned the MVP title for the St. Robert tennis team. He also mentored younger students as part of the school’s individual pathways program and was a member of St. Robert’s HOSA chapter, which involves competitions and challenges in the medical and health science fields.

“I had fun in high school, especially in the younger grades,” he says. “Thankfully, my parents didn’t pressure me too much to succeed so I was always able to keep the ‘bigger picture’ in mind.”

Ngo will study life sciences at University of Toronto in September but hasn’t yet decided what type of career he’d like to pursue.

“I’m interested in so many different things that I don’t know exactly what I want to do yet,” he says. “I’m considering government and health science sectors but for now my priority is to learn as much as possible and focus on growing as a person.”