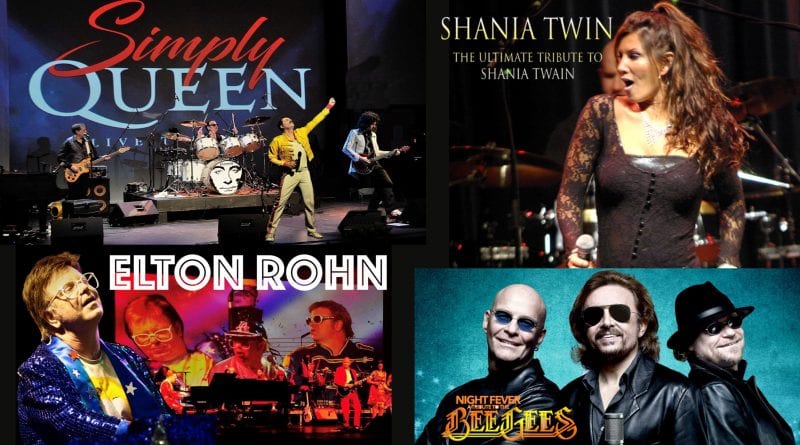 There are few things more idyllic in North America than a street festival in the summertime.

Of course, Main Street in Unionville seems practically purpose built for just such a scene. So much so that having only a few each year would seem just wrong somehow.

Thursday Nights at the Bandstand is a sunset street festival every week, from June through August. Great food and drink from local establishments alongside fantastic music and community make for a night not to be missed.

“Coming to a show in the Thursday Nights at the Bandstand series means a night of quality music, in a great setting,” explains the event’s longtime soundman, Chris MacBride. “It’s always a fun night to be out in the community.”

Fresh off a great start in the month of June, the lineup in July heats up with Simply Queen, a tribute to the music of Queen on July 4th. The band is fronted by noted Freddie Mercury impersonator, Rick Rock and guitarist Bob Wagner was hand picked by Brian May to play in the award-winning We Will Rock You musical. Featuring all the band’s iconic songs they promise to faithfully recreate the grand scope of Queen’s live shows as well.

July 11 sees Shania Twin take over the bandstand, paying homage to the great Shania Twain. Donna Huber has performed the world over, from London to Dubai, as Twain and even garnered a mention in Twain’s autobiography. Of course, she’ll bring all of Shania’s hits to life, as well as a few surprises.

“Having Shania on the bill really helps cross together the country and rock fans that come out,” explains Bill Dawson, the event’s organizer. “She’s great!”

Up next is the first bandstand performance of Night Fever: A Tribute to the BeeGees, on July 18. They are the largest production of BeeGees music in the world. The all-Canadian cast captures a full history of the Gibb brothers and their beloved band.

“Night Fever is a great get for us,” Dawson says. “BeeGees stuff is really popular.”

Closing out July is bandstand favourite Elton Rohn. Ron Camilleri’s tribute to Elton John lights up the crowd every year. When he’s asked about what songs to play his response is simple, but the problem is not.

“There are four hours of hits alone,” frontman Camilleri explains. “This is why we usually take requests.”

Be sure to look up the band on eltonrohn.com, to put in your request for the show on July 25.

“Getting the bandstand filled with great music gets people out of their homes and onto Main Street,” Dawson explains. “I have a small group of great volunteers with a passion to get the music up there, and it works!”

In addition to a strong lineup, the other reason to come out is that the series is completely free of charge.

“The nights are sponsor supported,” says Dawson. “And we won’t be passing a hat around or anything–we just want you to come out and enjoy your community.”

“Week after week, year after year, I see the same people coming out,” adds MacBride. “It has this amazing family feel to go with the great tunes.”

All performances run from 7:30 p.m. to 9:30 p.m. each Thursday at the Millennium Bandstand. For the complete schedule, visit unionvillepresents.com.