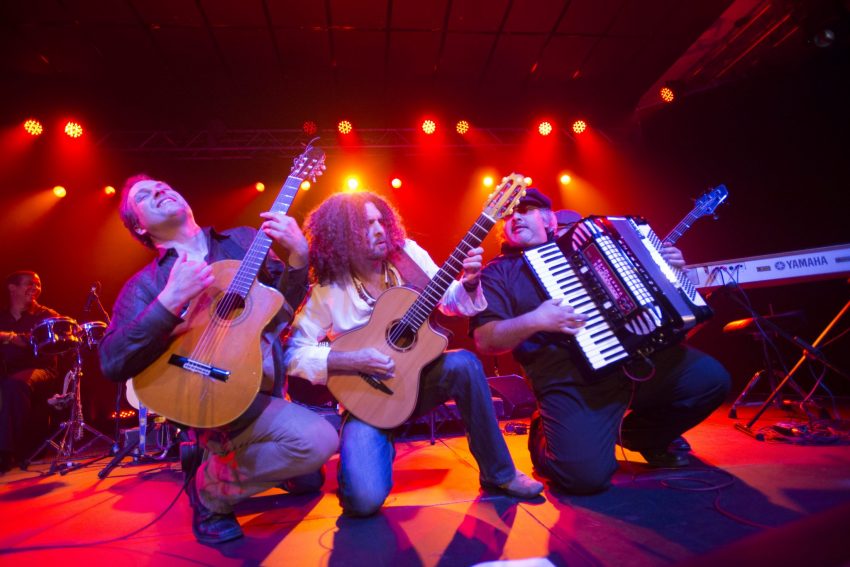 From being named Canada’s Guitarist of the Year, to winning eight Best Album awards, to seven top-ten U.S. Billboard charting albums, and winning the People’s Choice award in the UK, Johannes Linstead has become internationally recognized as one of the best selling guitarists in the instrumental, jazz and world music genres. And he’s performing at Unionville in August.

“I am so excited to return to Thursday Nights at the Bandstand,” says Linstead. “It is truly one of our favourite gigs and a highlight of our summer performances. Unionville is indeed a treasure. It is such a quaint and beautiful village with a rare charm that is hard to find. I always arrive early to spend time walking the streets and visiting the local shops. The audiences are fantastic too, and we love it when they get up to dance. We certainly look forward to another stellar show.”

Chances are even if you don’t know the name, you’ve heard his music. His songs have been used in some of the most popular TV shows, such as Californication, The Following, Burn Notice, Gene Simmons Family Jewels, Pawn Stars, Person of Interest and others. World champion figure skater Stephane Lambiel used Linstead’s song Zabuca as part of his choreography during the Winter Olympics and, recently, Cafe Tropical was featured in the hugely popular video game Tropical four and five.

When creating new music Linstead derives his inspiration from his many travels, from Spain to the Caribbean, from India to the Middle East. Each new land bringing him a wealth of exotic sounds and rhythms to colour his musical pallet. Having developed a love for the tropics, Linstead now calls the Dominican Republic his home away from home.

A deeply spiritual person, he is a certified yoga instructor and conducts yoga and music retreats when his touring schedule allows. In 2006, he founded Divine Earth (divineearth.org), a humanitarian organization promoting meditation, yoga, holistic living, and the healing power of music.

“I use music as a way to express what words cannot say,” says Linstead. “Every note contains a part of me and all the love, joy, hope and compassion in my heart. I believe that music has the power to uplift humanity. I see it all the time at every one of my concerts. To be able to bring happiness to so many people is a true blessing.”

Linstead performs August 2 at the Unionville Millennium Bandstand as part of the Thursday Night at the Bandstand series.

Visit unionvillepresents.com for the August line-up details and additional information.