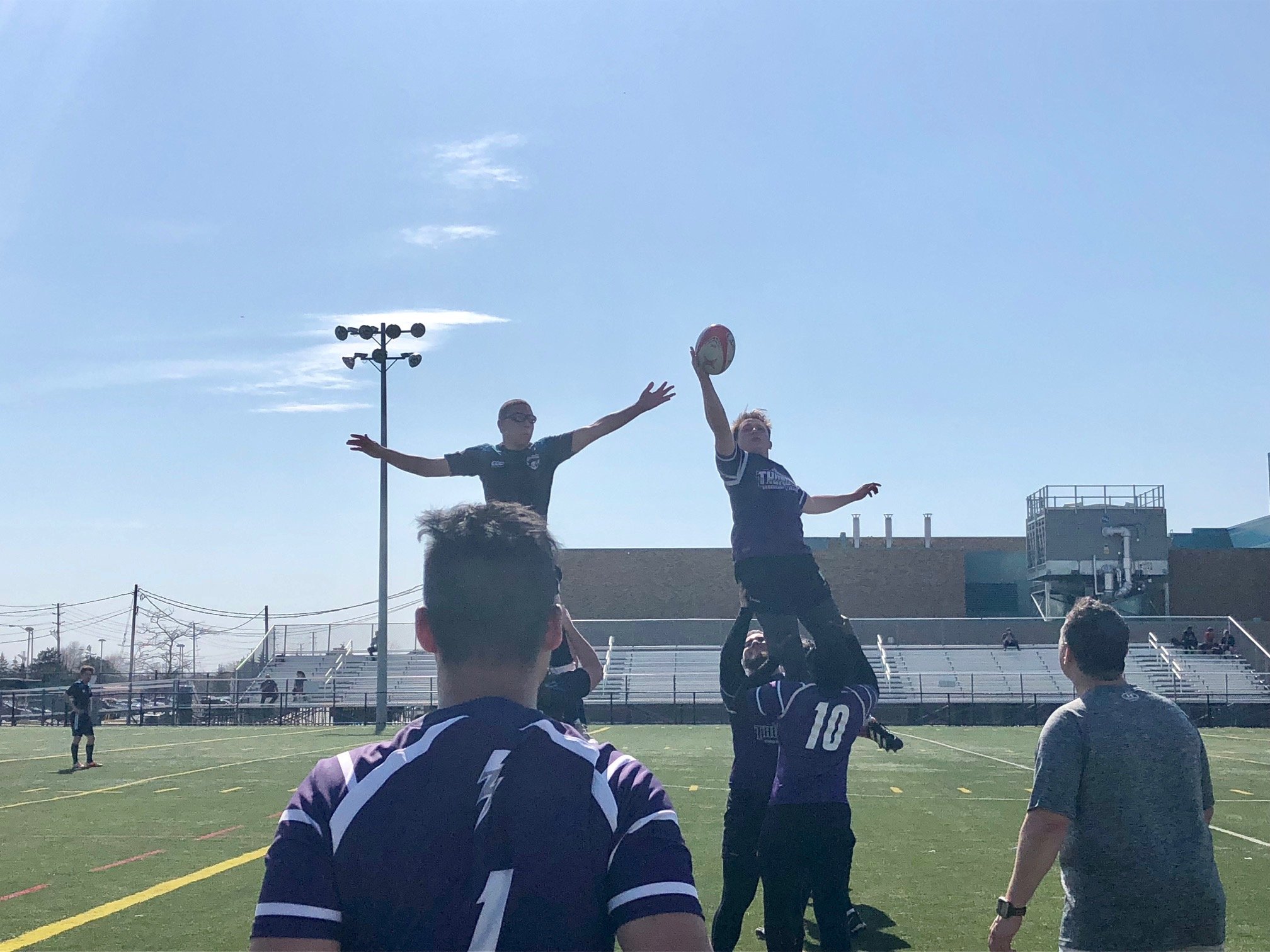 High school sports are filled with life lessons. Few of them are as quite on the nose as the ones taught in rugby.

For the Thornlea Thunder senior boys team, it’s an exercise in resilience.

“I think the hardest thing to get used to about the game of rugby is that people don’t realize how hard it is to get hit and get back up again, and then get hit again and get back up again,” said Thunder coach Nathalie Bendavid. “It really displays the character of the athletes and whether they’re able to do that or not.”

As much as there is a pounding that can take place in game action, it’s the mental side of things that will ultimately allow them to have success.

“I think the physical stuff is almost the easy part,” Bendavid said. “You can teach them how to tackle, how to scrum, all of that kind of stuff, and the players that shine are the ones who can go in, take that hit, take the contact and continue to play the game.”

The Thunder are learning from Bendavid, a former Team Canada rugby player, and have done a good job developing their games. Players like Kyle Juhasz now have the skills to help his teammates on the field during game action.

“It’s obviously difficult, but I do my best and try to stay vocal so everyone hears and knows where they’re supposed to be so that we can succeed,” said Juhasz, now in his fourth year of playing for the Thornlea squad.

As one of the veterans, he tries to keep a positive attitude as he tries to help out a handful of teammates who are new to the game.

“Obviously, no put-downs, just encouragement to allow everyone to succeed and progress in a respectful manner,” Juhasz said. “In practice, it’s a lot more efficient, because you have time and can do it over and over again. As long as everyone learns and we do a good job, it will come along. It just takes time.”

While training sessions saw a marked improvement, the Thunder had a bit of trouble with a couple of key facets of the game come match time.

“Well, our passing for sure,” said Juhasz, with a laugh. “Passing the ball is very easy in practice, because there’s no pressure, but it can be game-deciding in an actual game. That’s definitely one of the biggest factors. Keeping a straight line to not allow any gaps is a big one too, because we need that for defence.”

Typically, everyone will get their opportunity to head out onto the pitch and play some minutes, something that Bendavid considers a priority.

“Rugby, for me, is about development,” she said. “I want to grow the game and I want maximum participation, so as much as possible, I want to get everyone in there. We’ve had a couple of players that have never played rugby before, so especially (early in the season) I wanted to get them in there and get them a feel for the game. I think that, when everybody learns, the whole team benefits. It’s important that your bench plays well, as well as your starters.”

While the Thunder may not always have their best 15 on the field, it’s the only way the other players will get a chance to truly grow.

“I think it’s crucial,” said Bendavid about giving all of her players game action. “You can’t mimic that game situation in practice. It’s hard to get it where you’ve got that adrenaline running through you like you would in a game, it’s imperative for them to get out in a real game. That’s part of the reason I want to get them all in.”

By season’s end, all of these players will have picked up experience in rugby and in life, and that’s the kind of thing that can help carry them places.

“Being part of a rugby team is being part of a community,” Bendavid said. “I’ve played rugby all over the world and when you say you’re a rugby player, you join other rugby players and you have an automatic family. I think that’s really important in high school, where kids are under so much pressure socially and so on, so that’s really important, the teamwork part of it, and again, that resilience. It’s a life skill to be able to get hit and get back up again.”