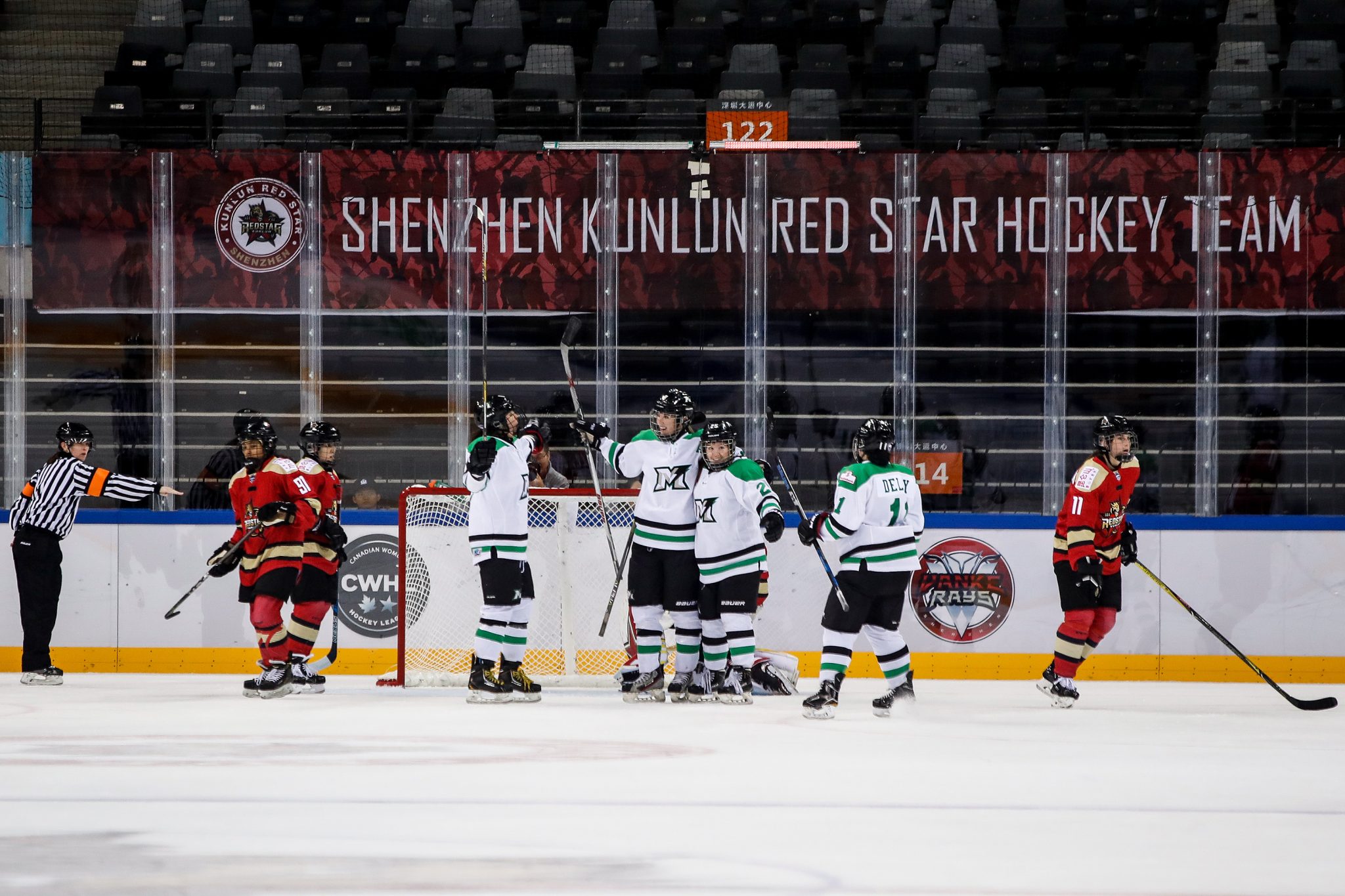 An historic two-week stint in China has helped put the Markham Thunder on the global map of women’s professional hockey.

On Friday, the team concluded a four game series in Shenzhen, a city located north of Hong Kong, against local teams Kunlun Red Star and Vanke Rays. Along with the Toronto Furies, who also travelled to China for the series, the teams have become the first in the Canadian Women’s Hockey League (CWHL) to cross an ocean to compete in a league game.

The two Chinese teams joined the CWHL this year and are scheduled for a number of “home” and “away” games. To say the least, there has been much travelling.

The sense of history is not lost on the Markham squad, which is currently on route back home.

“I think on a global scale it is important for us to be part of the history that is developing women’s hockey around the world,” said Thunder goalie Liz Knox, before the team played its final game of the trip on Nov. 24. “The ongoing argument that international competition is a two-team story (Canada and the USA) will hopefully be one that we can help silence. We’ve given the Chinese community an opportunity to compete with and against some of the strongest female hockey players in the world; and that is something to be proud of.”

China’s expansion into the CWHL has had an immediate impact on the league. Along with the boost in publicity and the sponsorship deals China has brought with it, all the players in the league will receive some payment this year, the first time since its creation in 2007.

As hosts of the 2022 Winter Olympics, Chinese officials sought out the league as way to increase their teams’ exposure to international calibre hockey. So far it has been working as Vanke is atop the CWHL standings. Kunlun and Vanke swept Markham and Toronto in the current series. While most of the players on the Chinese teams are home-grown, some are from Canada and other parts of the world.

Markham forward Jamie Lee Rattray said the experience has helped her learn to be more resilient as an athlete.

“This trip has pushed us mentally and physically as people and as athletes, from the travel to the different food and culture,” Rattray said. “As much as we want to make excuses, we have had to mentally bear down and perform at a high level. I truly believe that we will leave China a more rounded athlete and individual.”

Some of the Thunder players pointed out their Chinese counterparts are playing as true professionals and have access to first-class training and facilities, which shows what all teams could achieve if they had the same opportunities.

The Markham Thunder return to local action at Thornhill Community Centre on Dec. 2 at 7:30 p.m. against Les Canadiennes Montreal.

The Thunder are currently in fifth place in the standings with three wins and seven losses.

In the photo, the Markham Thunder celebrate a goal against Kunlun Red Star in CWHL action this week in China.