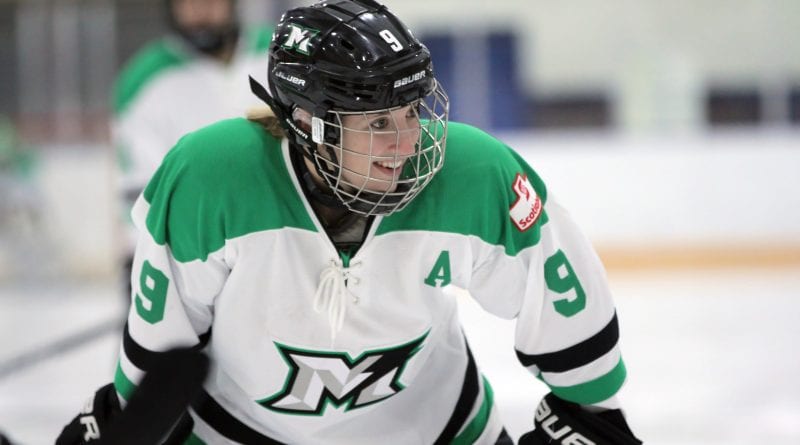 The final stretch of the Canadian Women’s Hockey League campaign is underway. Last year, this was when the Markham Thunder truly began to shine. But can they pull it off again?

The Thunder took home the league championship trophy, the Clarkson Cup, last year after finishing fourth in the regular season before running the table in the playoffs. This year, they find themselves in a similar scenario heading toward March.

“Every season has different challenges,” said Thunder forward Kristen Richards. “We knew this year would be different with the Olympians coming back. The league gets stronger every year. We have added depth to our team that makes us difficult to play against. Similar to last season, we were late bloomers, for lack of better words. Once we settle into our systems and learn to play together, we are a tough team to beat.”

The Thunder have picked up their play in 2019, winning the contests they’ve been expected to and throwing in some upsets along the way.

“We have been slowly getting better each weekend and are finding our chemistry as lines and a team,” said Markham forward Taylor Woods. “I don’t think we have hit our full potential yet, but you have definitely seen glimpse of greatness from the past weekends. What matters is making it to playoffs, which we are in control of our own destiny for, and playing (our) best hockey in playoffs.”

One year ago, Markham started off the season quite slowly, but went on a tear late in the year – especially after their Olympians returned from South Korea – and proceeded to upset Montreal in two games before defeating Kunlun Red Star in the Clarkson Cup.

Having won it all as the fourth seed last season, it’s safe to say that opponents are more prepared for Markham this time around.

“After such a successful season last year it’s definitely been tougher to surprise teams,” Richards said. “Teams prepare to play against us now. They learn our systems, study our strengths and try to find areas of weakness to capitalize on.”

Consequently though, the Thunder have brought their own game to a higher level to face the challenge.

“I think we expect a lot more out of each other and team performance,” Woods said. “At the start of the year, it was stated that we want to win back-to-back and defend our title. It was the first thing said in our beginning of the year meeting. Our playoff structure is a best two out of three (in the semifinals) and a (single-game) final. The team that shows up for those games wins and we have got a lot of competitors on our team that will do anything to win, like the blocked shots at the end of the third period against Montreal (in last year’s playoffs) for example.”

While the Thunder might not carry the firepower of Calgary or Montreal, they’ve proven time and again that they can keep the puck out of their net, thanks to the goaltending duo of Erica Howe and Liz Knox and a blue line that features a trio of Olympians.

“Offence wins games, defence wins championships,” Richards said. “I might be biased, but I think it’s safe to say we have the strongest D-core in the league. It’s hard to beat a team that you can’t score against.”

Along with the work of their veterans, a handful of young players, like rookie Victoria Bach, have come in and made a difference.

“Bach has brought tremendous offensive talent and a light of energy to the team,” Woods said. “She looks like she floats on the ice as she gracefully skates through and stickhandles past everyone and then finds a way to put it past the goalie. She brings a lot of intensity to the ice and has been on fire with (Jamie Lee) Rattray and (Laura) Stacey.”

And although this year’s playoffs may require a few more road victories against very strong opponents, it’s nothing the Thunder think they can’t handle.

“If last year taught us anything, it’s that anything is possible,” Richards said. “The Markham Thunder is a special team to play for because we truly are a family that won’t give up.”