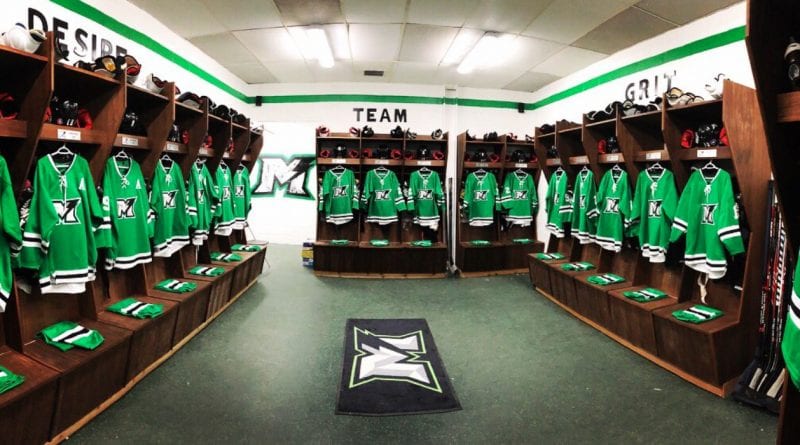 An auction of Markham Thunder jerseys and other team memorabilia will continue through the end of April.

The team has been part of the Canadian Women’s Hockey League (CWHL) which announced earlier this year that it would cease operations due to lack of finances.

The Thunder has been operating in Markham for the past two seasons playing out of the Thornhill Community Centre. The team was league champions in the 2017-18 season capturing the Clarkson Cup.

Team General Manager Chelsea Purcell said the funds raised through the auction will go to pay team debt which includes some payment to Thunder players.

Auction items can be found at www.32auctions.com/thunder and also on the Thunder Facebook page.

Purcell said the auction is a way for fans to own a piece of team history as well as to keep the legacy of the Thunder alive.

“We had two great years here in Markham,” said Purcell. “The town was really behind us and we appreciate the support.”

She said those associated with the team hope that ongoing negotiations with potential partners and sponsors can lead to a resurrection of women’s hockey in the area.

“That would be our hope,” she says. “But at this stage it is too early to tell.”

The auction will continue until April 30 at 5 p.m. with the chance that it could be extend.