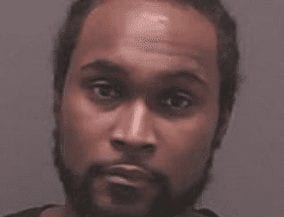 Investigators with the York Regional Auto/Cargo Unit have charged a 28-year-old man following
thefts of high-end vehicles from dealerships.

Phillip O’Neil Wessam, 28, of Brampton, is charged with six counts each of theft of vehicle, operation while disqualified, and possession of property obtained by crime over $5000. He is also charged with breach of probation and fail to comply with recognizance.

The investigation began on Tuesday, June 25, 2019, when police were notified of a theft of a Range
Rover that had occurred at a dealership located in the area of Kennedy Road and Unionville Gate in
the City of Markham. Investigators discovered that a suspect had been looking at the vehicle with
an employee of the dealership, then drove away.

A similar incident occurred on Tuesday, September 3, 2019, when a suspect attended a car dealership
in the area of Rivermede Road and Highway 7 in the City of Vaughan. The suspect had requested a
test drive of a Mercedes sport utility vehicle. The suspect started the vehicle and attempted to
speed away, striking and injuring an employee who was trying to prevent the theft.

Investigators have linked the suspect to similar thefts that had occurred in Caledon, Oakville and
Toronto.

On January 17, the accused was placed under arrest and has since been charged.

An image of the accused is being released to ensure that no other incidents that occurred
have not yet been reported to police.

The accused has been held in custody and is scheduled to appear in the Ontario Court of Justice in
Newmarket on Friday, January 24, 2020.