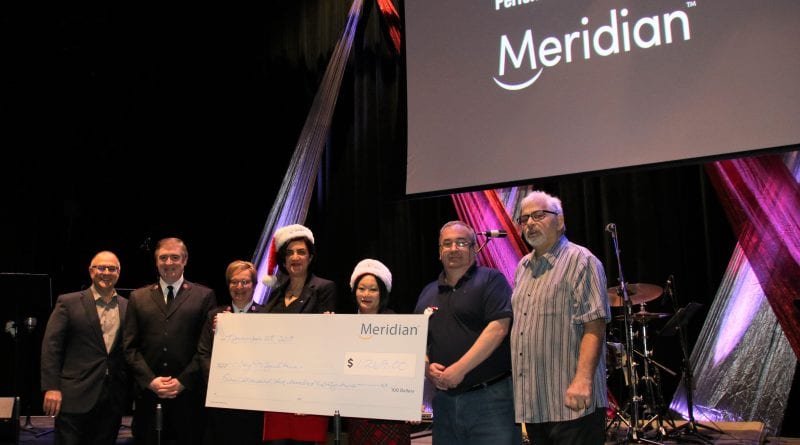 In some people’s estimation, the unofficial start to the Christmas season may have been Black Friday sales. But for 600 or so others, it started the night before at the sold-out, Very Merry Motown Christmas concert that featured hits from the Temptations, Diana Ross, The Supremes, Marvin Gaye and others.

And in keeping with the Christmas notion of giving, show promotor George Kotsopoulos, in cooperation with the theatre and sponsor Meridian Bank, allocated some dollars from every ticket sold to donate to charity. This year, the money went to the Salvation Army’s Christmas Kettle Campaign, a recognizable annual tradition in shopping malls across the country that raises money to assist people in need, especially marginalized ones – regardless of their faith.

Kotsopoulos will continue the charitable tradition at other shows he is hosting at the theatre including the Markham Comedy Festival on January 4th which will benefit Markham-Stouffville Hospital Foundation.