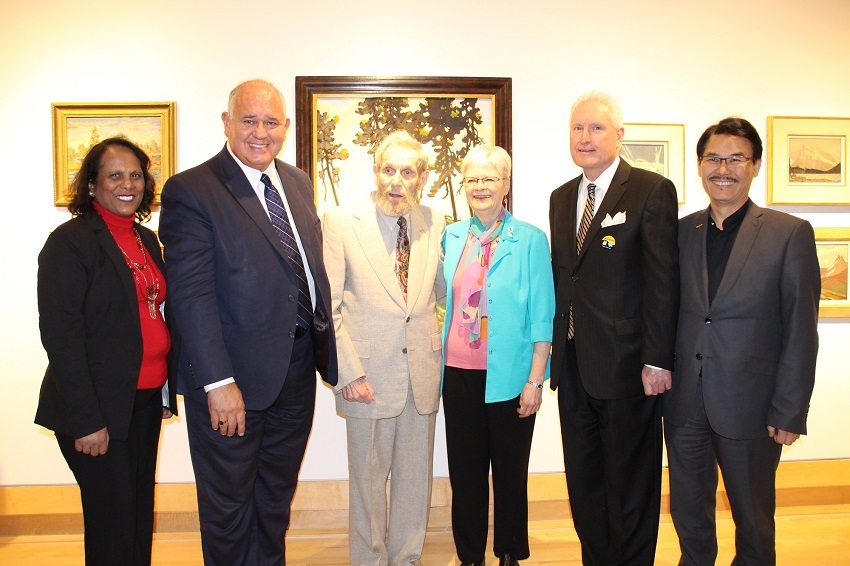 For two decades, the Fred Varley Art Gallery has been a true cultural hub for the City of Markham. In addition to housing an impressive collection of Varley’s work, it’s featured an ever-rotating collection of renowned work by international, national, and local artists. If its mission was to integrate the Markham community with the art of the world, then by any measure this gallery has been an enormous success.

To mark the occasion, the gallery has been running Present | Perfect | Continuous, a year-long rotation of the most popular works by the gallery’s namesake, F.H. Varley. The title is meant to evoke the idea that something begun in the past can continue far into the future. Symbolically, it implies the passing of time, something that is not fixed but always evolving.

As a further part of the Present | Perfect | Continuous series, Jon Sasaki: Things Saved For A Rainy Day features local artist Jon Sasaki creating new work out of the gallery’s archive of Varley’s personal items. It is essentially turning the mundane elements of the legendary artist’s life into the art of the future.

Turning its focus toward the community it calls home, the gallery also brings us Mother Tongue. This exhibit features the work of six artists exploring the social, political and cultural contexts of spoken language in a world of merging cultures. In many communities, and Markham is no exception, the language we speak at home, or learned as a child – our mother tongue – may not be the same one used in our everyday lives.

“It’s very important to us that we mount exhibitions that speak to this community. Often our identity is tied to language,” continued O’Laoghaire. “Markham prides itself on being the most multicultural city in Canada; the issues explored here are issues that affect us all.”

As if these great exhibits weren’t enough of a celebration, the gallery was excited to receive a birthday gift this past April. Noted collector Jack MacQuarrie donated twenty-two works that represent all of the original members of the Group of Seven. These include works by Franklin Carmichaels and Lawren Harris who have been previously absent from the Varley’s collection. All twenty-two works are now available for the public’s enjoyment.

On October 12, the gallery will be having a proper celebration of its anniversary with the Rouge: Varley Gala. It will be held at the Crystal Fountain Event Venue, an evening of celebration, live entertainment and more. Tickets are available now.