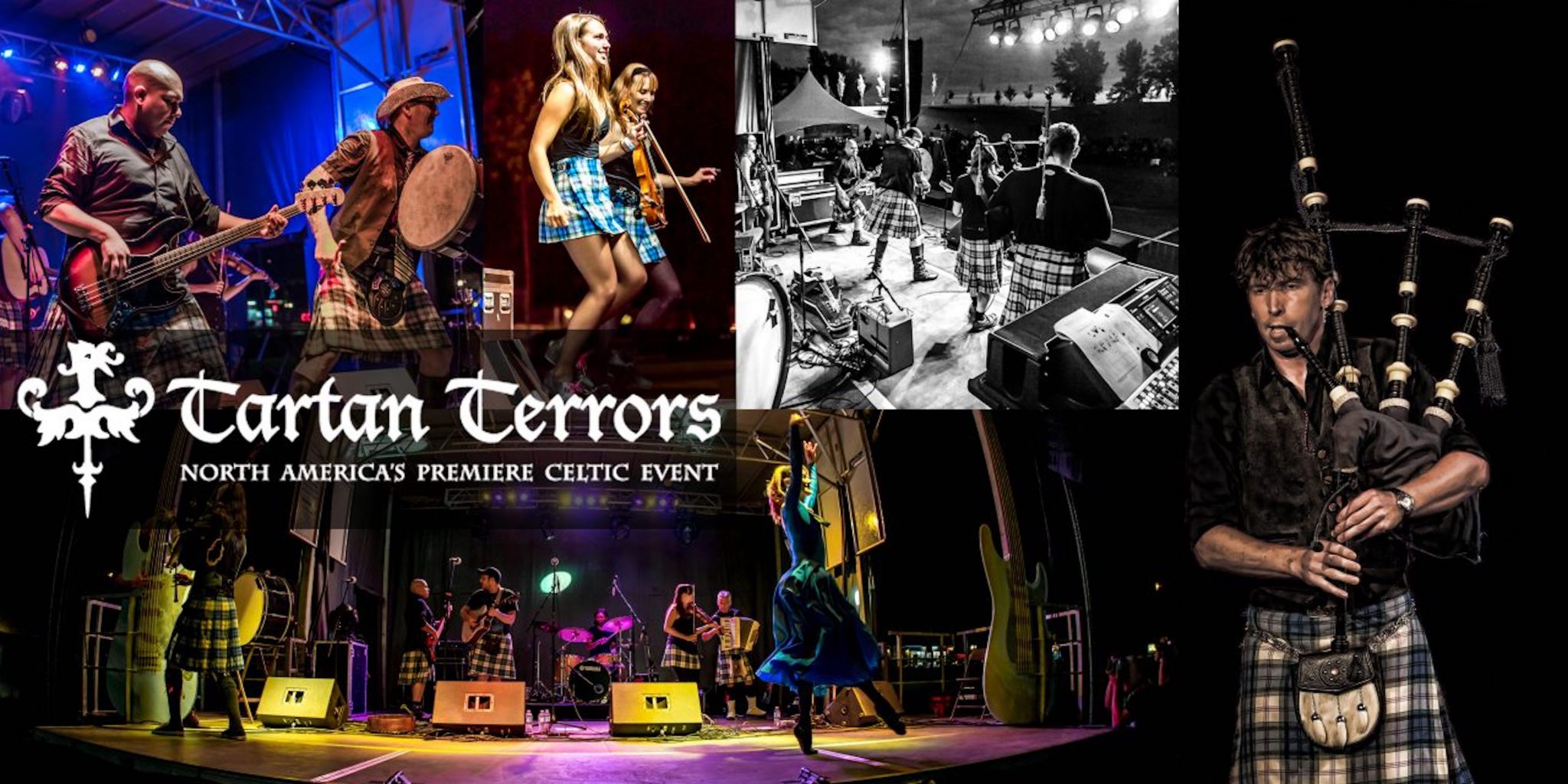 Billed as North America’s premier Celtic event, The Tartan Terrors promise a show that is both performance and party. The group, founded in Burlington Ontario by siblings, Ellen and Ian Wilkes Irmisch in 1996, has a long-running heritage.

“My mom was our dance teacher,” said Ellen, “But, actually, my grandmother came to Canada as a war bride in 1946.”

When grandmother started a Canadian family, it was important to keep up the Scottish heritage. All the kids took dance lessons and each learned multiple musical instruments.

“My mother just passed it on to us,” laughs Ellen.

The group started out with a show at The Ontario Renaissance Fair and hasn’t stopped since. Today they travel North America playing theatres, fairs and festivals. They pull into the Flato Markham Theatre on Jan. 25, just in time for Robbie Burns Day.

“We genuinely have something that will reach everyone,” guitarist Chris Kerba says. “Doesn’t matter what type of music you’d generally listen to, as soon as some good Celtic/East Coast tunes come on, everyone’s dancing and enjoying life. ”

“We thrive off of audience interaction: crowd participation and people out of their seats standing up and clapping along,” adds drummer, Charlie McKittrick.

The band itself is an impressive unit. Members of the band have performed on four continents but the Terrors, as a unit, include award-winning Step and Highland dancers as well as internationally recognized comedic performances.

“We’re very serious about joking around and having fun,” says McKittrick. “Remember when you were a kid and everything seemed so simple and life is all about having fun and living in the moment? Our live shows are a lot like that.”

Celtic culture has long proven to be excellent source material for entertainment around the world. Of course, the boom of the past few decades can be fairly traced back to the sensation of Riverdance, a show that first hit the stage in 1994. However, the Terrors are quick to point out, the reserved and respectful audiences that might attend such a show would be in for a shock at theirs.

“What you end up with is essentially a kitchen party,” says McKittrick. “Singing, dancing, storytelling – the works.”

The Terrors consider their show a cultural celebration of the traditional ceilidh (pronounced kay-lee). The ceilidh is basically a huge party.

“I hope people can forget about the everyday stuff going on in their lives,” adds Kerba, “Even if it’s just for one song.”

The music from the show runs the gamut as well, while sticking to the party atmosphere. Traditional music is featured but it is also mixed with music composed by members of the band. There are also popular tunes mixed in for good measure.

“Celtic music to me is just so inspiring,” says Kerba. “Some of the songs can absolutely tear you down and make you feel so exposed and vulnerable.”

It also cannot be ignored that the Tartans are performing in Markham on Robbie Burns Day. The day, as originally intended, was meant to commemorate the legendary Scottish poet but has become an international day to celebrate Scottish culture around the world. The group would very much like the audience to dust off their kilts and tartans and celebrate with them.

“We play because we love making music as a group,” says Kerba. “For us to be able to reach people at that level for an evening and to help them laugh and not care is a privilege.”

McKittrick has an even simpler description for what the audience can expect from the show on the 25th.

“Exuberance and jubilation!” he said.

The Tartan Terrors perform at the Flato Markham Theatre on Jan. 25 at 8 p.m. Tickets are available by calling 905-305-7469 or online here