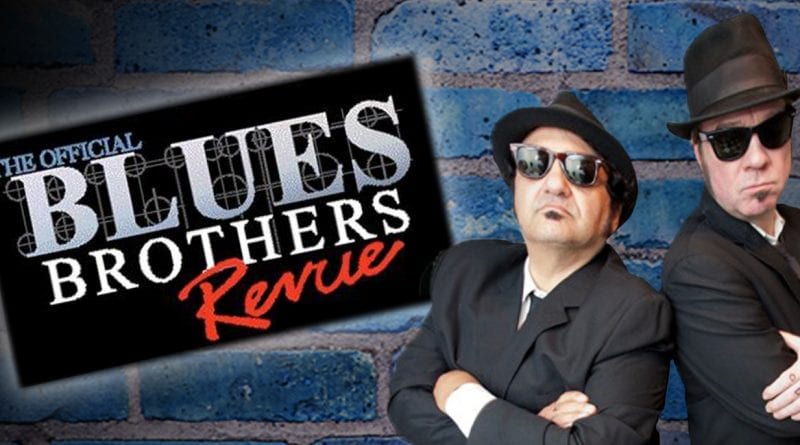 The Blues Brothers are an American blues and soul revival that began as a skit on Saturday Night Live.

The group’s near instant popularity led to a cult classic movie, national tours, and an almost mythic status. Their legend was permanently fixed after Belushi died suddenly in 1982.

Since then, there have been many imitators, but now there is only one duo in North America sanctioned by Dan Aykroyd and Judith Belushi to don the official hat and sunglasses and walk in the legendary footsteps of Jake and Elwood Blues.

Discovered in Las Vegas, performers Wayne Catania and Kieron Lafferty capture the infectious humour and unbridled spirit of the Blues Brothers like no one else. They are continuing Jake and Elwood’s famous mission, they are the Official Blues Brothers Revue.

Backed by a powerhouse band, complete with a full horn section and a harmonica in a briefcase, the group brings classic hits from the Blues Brothers catalogue to life. Expect to hear Soul Man, Rubber Biscuit, Sweet Home Chicago, Everybody Needs Somebody to Love, Gimmie Some Lovin and more.

The Official Blues Brothers Revue performs at The Flato Markham Theatre on October 25 at 8p.m.