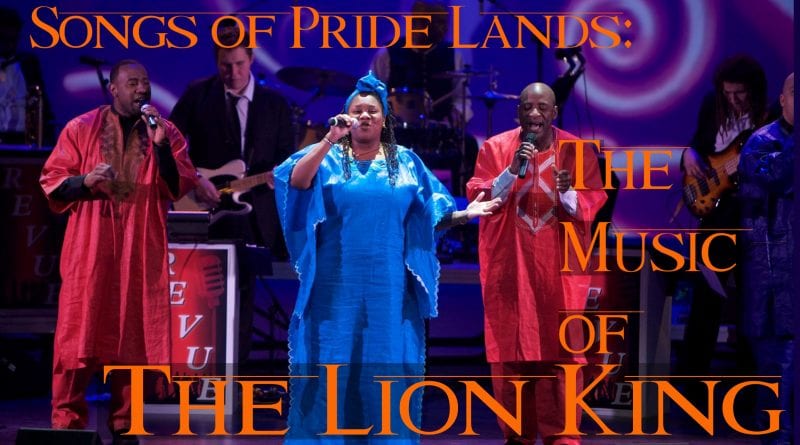 The house lights dim and a powerful voice belts out, “Nants ingonyama bagithi Baba!” The first lyrics of Circle of Life are followed by singers, dancers, and even puppets bringing the spirit of life on an African plain with them. The Lion King, Broadway’s third longest running musical, has begun.

The classic story centers on Simba, a young lion prince living in the African Pride Lands. When Simba’s wicked uncle orchestrates the death of the king (Simba’s father), Simba flees his home in a fit of sorrow and guilt. With the help of friends he meets along the way and his love interest Nala, Simba grows into a strong lion leader and must reclaim the Pride Lands from his uncle’s reign.

The show itself, despite its enormous success, is actually full of contradictions. Neither the story or the creators have any particular connection to Africa. The former is a direct adaptation of Shakespeare’s Hamlet and as such applies many western tropes about power, gender, and youth to a land which should be otherwise untouched by them. The latter is a long list that includes Elton John, Tim Rice and Hans Zimmer; certainly a talented group but hardly representative of African culture.

While there is much to say about the legacy of this story which began as an animated film in 1994 and has spawned both a Broadway musical and a live action film remake, the music is difficult to find any fault with. It manages to be simultaneously evocative of Africa while being brilliantly crafted and emotionally resonant to all. It’s in the music of the show where it is easier to imagine the bridge between Africa and the rest of the world.

It is in this spirit that Songs of the Pride Lands: The Music of The Lion King comes to the Flato Markham Theatre on December 27 and 28.

“I was in the Toronto production of The Lion King.” says performer and producer, George St. Kitts. “I was so inspired by the music that I wanted to keep it alive.”

Presented for the entire family, the show intends to be more than just musically impressive; the goal is to provide a perfect holiday experience that meshes entertainment, wonder, and much to discuss afterwards about our connection to a seemingly far away culture.

“The thing about this music to me,” explains St. Kitts, “is that it is so spiritual and uplifting. It doesn’t just connect to Africa; it connects to every one of us. When you hear that opening, iit just does something to my soul.”

Besides The Circle of Life, audiences can expect to hear I Just Can’t Wait to be King, Hakuna Matata, Can You Feel the Love Tonight, and many others. Additionally, to help illustrate the cultural connection, the show will feature music that will pay tribute to the legendary Miriam Makeba.

Makeba is also known as Mama Africa and was a singer, songwriter, actress, United Nations goodwill ambassador, and civil rights activist. She was among the first African musicians to receive worldwide recognition and is credited with popularizing both World Music and AfroPop.

“We wanted to broaden the connection to Africa, the Pride Lands.” says St. Kitts. ‘Makeba talks about how they would get together every Saturday night to sing. We want the audience to sing with us too.”

The show has many singers and a five-piece band and features soloists that perform for audiences all over Canada but also share a special connection to this music. Joining St. Kitts are, Toni Anderson, Onala Joseph, Christine Sahealy and Jivaro Smith. They are all sought after singers in music theatre and cabaret but they are also all former cast members of The Lion King from its smash run in Toronto from 1999-2003.

“With all the things happening in the world today, we just want people to leave the theatre with a huge smile on their face!” says St. Kitts. “It’s all about pure joy.”