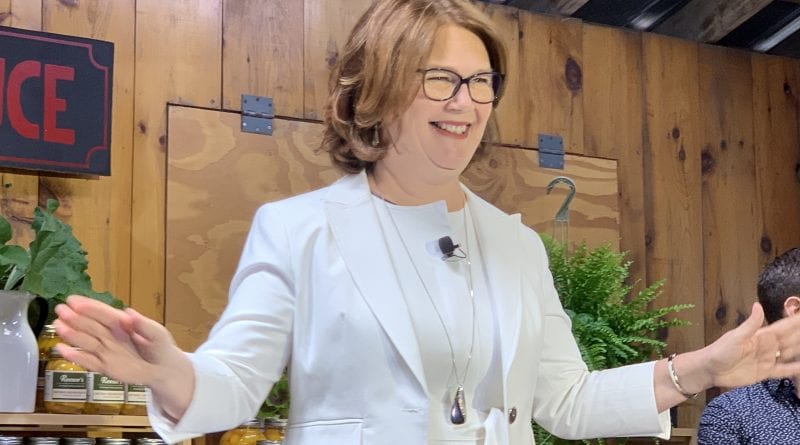 Given how MPs Jane Philpott and Jody Wilson-Raybould have been inextricably linked since they were in Prime Minister Trudeau’s cabinet and then unceremoniously dumped from it, it didn’t come as a huge surprise that the two high-profile politicians would forge ahead together.

What may have been a surprise was the determination by both to run as independents in the next election.

Speculation was rampant that both would flee to the Green Party, joining another high-profile woman, leader Elizabeth May, to form a unified force that might push Greens into the mainstream.

Indeed, the wind has been beneath Green wings of late as May welcomed another MP into the fold after Paul Manly stole the Nanaimo-Ladysmith riding from the staggering NDP in a May 6 by-election. The federal team has also been polling close to double digits at the expense of the NDP.

This decision to not take May up on her offer to join signifies a blow to her party’s fortunes, but doesn’t heighten Philpott’s chance at electoral success.

Both Philpott and Wilson-Raybould have been playing coy for the last month or so as they sought guidance from constituents. And the twin announcements at either end of the country in their home riding, spaced only one-half hour apart to make sure live broadcast could swing from one to the other and not compete, tells you a thing or two about the tight partnership the two have.

But will that matter as independents?

Together, Philpott and Wilson-Raybould were seen to command significant political capital that some would say might be squandered as they set about their own road in October. After all, it is a rare case when an independent candidate, once booted from one of the big-three caucuses, has been able to defend their seat. However, both Wilson-Raybould and Philpott have significant local support.

Philpott’s announcement, held at the Reesor’s Farm Market, spoke to the support she has managed to earn and hold from one of the founding families in the area – the kind of people who have long voted Conservative or Liberal forever but may be willing to switch if the time and the candidate are right. The Reesor farm, an institution of sorts where residents old and new come to buy their in-season farm-fresh food, served as a family and media-friendly backdrop for a candidate that was willing and eager to shake things up.

She also noted the dismay with which many constituents expressed about the hyper-partisan nature of today’s political parties.

“At the end of the day, I just didn’t see myself fitting into the box of (any one) party,” Philpott said speaking of her decision to dozens of cameras and supporters, before adding she was now free to support and promote any good idea that came along.

She notes that this includes indigenous issues and environmental conservation. Sounding very much like a Green candidate praising May, she noted that something has to be done on that front and will work with her but added, “who better to build political will than independent voices who are not afraid of anything.”

Clearly, while May is on the right path in Philpott’s mind, there’s still a box too constricting to step into, even if it is green.

Philpott and Wilson-Raybould have been seen to have taken the high-road on the whole SNC Lavalin affair, and there was no bitterness on show here either. But with the PM’s numbers dropping and the local Liberal riding association scrambling, perhaps there really wasn’t a need to go low.

But whether Philpott has over estimated the number of people who will vote for a candidate over a party will be a hot topic not settled until the upcoming fall election. Philpott has said that the reason she entered politics was to make a bigger impact on Canada as a whole;  it will be significantly harder to do that without the cameras on her like they were in cabinet, even if she does pull off a local victory.

But in politics, who knows? Stranger things have happened, and both Wilson-Raybould and Philpott have shown themselves to be formidable people on their own terms before. Maybe they will again.

Photo: MP Jane Philpott has become tired of partisan politics and has decided to run as an independent in the upcoming October federal election.