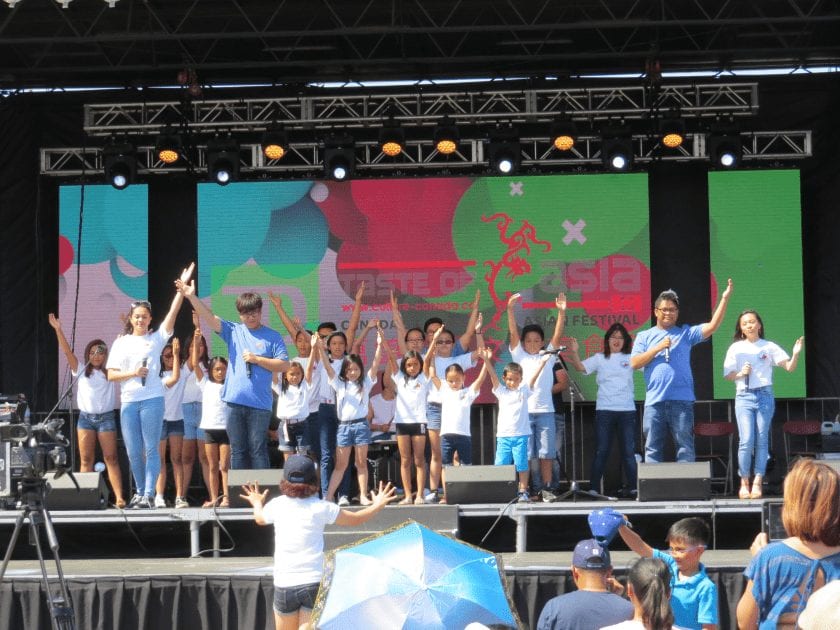 Dr. Ken Ng, Chairman of  TD Taste of Asia Festival, is pleased to announce that over 20 New Immigrant (Refugee) families from Syria were hosted at the 2016 festival, including many children.  Over $3000 was donated to a New Immigrant Inclusivity Sponsorship Program (NIISP) to provide free food vouchers and free carnival ride vouchers to the sponsored families.  This program was led by the President of Federation of Chinese Canadians in Markham -Dr. Ken Ng and co-chaired by Community Leader Mr. A. Sadique.

The Minister of Citizenship, Refugees and Immigration, the Honorable John McCallum, and the Mayor of the City of Markham, Frank Scarpitti, were on hand to support, welcome and announced the New Immigrants at the Opening Ceremonies on Saturday June 25, 2016.

The City of Markham and the Islamic Foundation of Toronto helped sponsor the program, including providing logistical and organizational support to the program.

“Through Taste of Asia’s Syrian Refugee New Immigrant Inclusivity Sponsorship Program, Syrian refugees were invited to take part in the festival’s many events.  They celebrated diversity and learned about different cultures. This worthy initiative exemplifies the spirit of Taste of Asia,” said Deputy Mayor Jack Heath.

The York Regional Police and the Islamic Foundation of Toronto each sponsored and provided shuttle bus transportation for the New Immigrants to and from the festival, and provided additional resources.  In addition, each family was given over $50 in cash and grocery gift cards.

The Taste of Asia Festival also sponsored a free booth for the Race Relations Committee of the City of Markham in an effort to support a community outreach program focusing on diversity, inclusivity, and race relations education.  The themes of the outreach program partly focused on the Aboriginal Community and the New Immigrant Community.