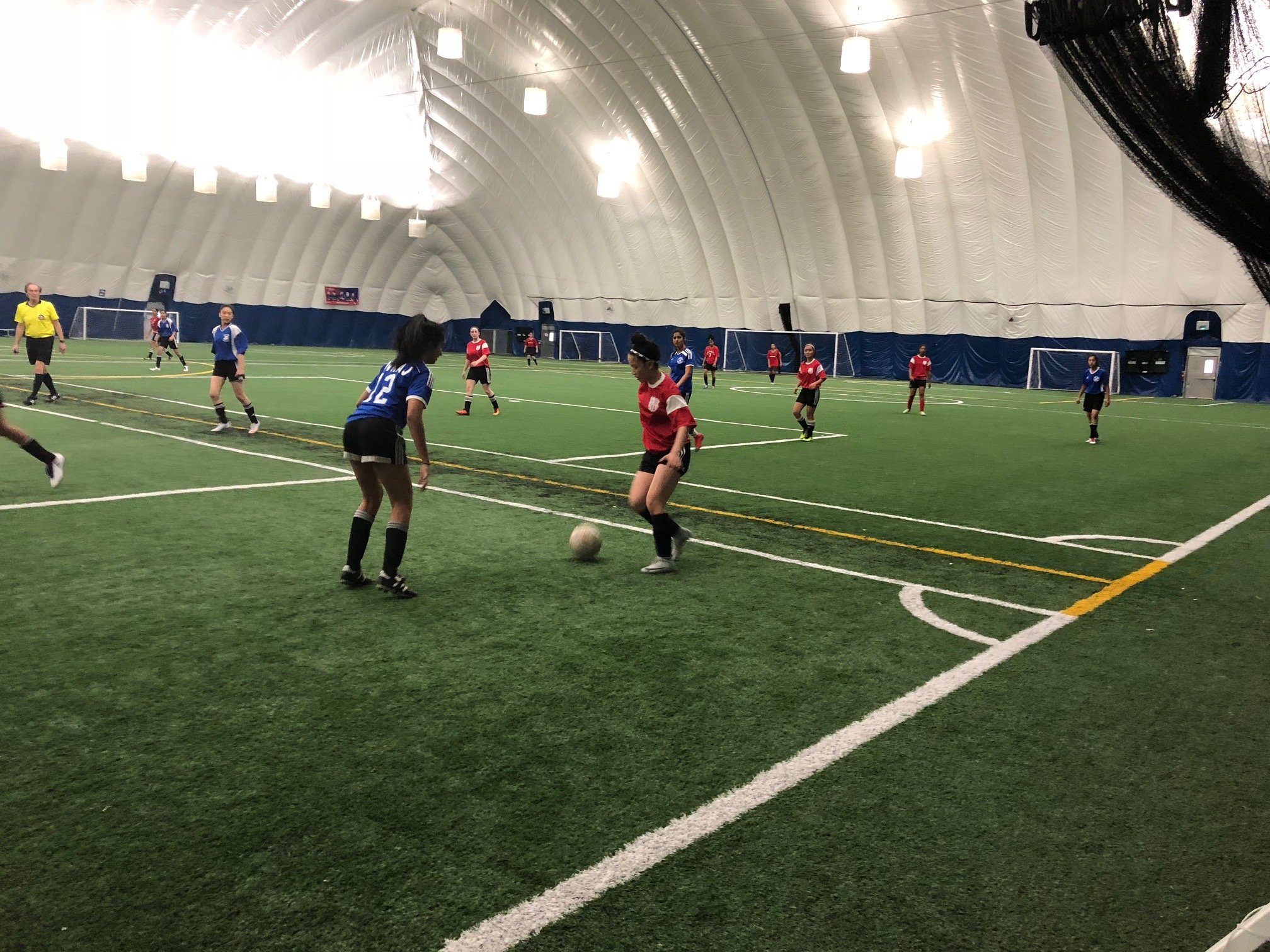 In the Central Soccer League, Ginia Tam provides some offence and attacking flair. But while playing for the Father McGivney Magic, she needs to do a bit of everything.

“Pretty much, the coach just sees you at tryout, and so even though I might play wing or attacking mid outside of school, the coach might think that I’m better in the centre with this group of girls, because it is a team sport, so it’s where you fit on the team,” Tam said.

Going from playing rep to high-school soccer has been an adjustment for Tam.

“When I first started playing YRAA Tier 2, it was about trying to get that patience,” Tam said. “I think now, I’m getting a bit better with that patience. You just kind of realize now that it’s not the same group of girls that you’d get in CSL.

“The girls are learning, and I’m also learning, trying to adapt to how they play and maybe play the ball shorter or in a different way so that they can get to it as well.”

Another important thing for Tam is to try and keep it enjoyable with her Magic teammates.

“The big difference is that in CSL, you’re always trying to win and competing, and you’re still trying to win here, but it’s also making sure that everyone on your team is having fun playing, and also learning, because many of the girls here don’t play (rep) and they’re here to learn and have fun as well,” Tam said. “Here, you want to win, but you also want to make sure that everyone on the team is also having a good time.”

Despite only being in Grade 11, Tam has taken on a bigger role with Father McGivney, and it’s gone well.

Typically playing in the middle of the pitch, Tam can help direct traffic, making life a little easier for her coaching staff.

“It allows me to stand back a bit and let her, at times, dictate play,” Dethomasis said. “She has great vision and does a great job of understanding defensive schemes, and then getting the players involved and passing the ball where she feels we can exploit or that we have an advantage.

“So instead of me yelling all of the time, she can take control and she’s great at that.”

Tam credits a number of mentors she’s had in the past that have helped her adjust to this role.

“I think it’s just through all of the years of playing soccer and being part of extra-curriculars like Student Athletic Council (SAC), where I learn how to be a leader rather than just being on a team,” Tam said. “Every team needs someone to help figure out where to go and all of that and with the coaches and teachers I’ve had in the past, I’ve been able to gain those leadership skills to be able to bring those into the game.”

She’s been able to carry that forward on the field because Tam has those around her in mind.

“Her personality is team first, so she just loves being a part of the team,” Dethomasis said. “Regardless of their skill level, she’s there with her friends to help them play better, and she’s there to help them enjoy the game of soccer.

“It’s not a matter of her being that much better skill-wise, she’s just there to help out and be a productive member of the team.”

While Tam has been doing a great job for Father McGivney, she’s also looking forward to the hopes of moving up in the club soccer world.

“My CSL team is entering a lot of showcase tournaments, so that’s a chance to get some (exposure) for all of us,” Tam said. “As well, there’s League 1 in Ontario, which I’d love to get into as well, the semi-professional league. I do know a couple of girls that are already in League 1, so it would be super-cool to get to play with them again.

“If I don’t get into a university or college (to play soccer) in Canada, I would love to get into League 1 or even the OWSL (Ontario Women’s Soccer League).”

Photo by Stephen Sweet – Ginia Tam looks to move past a defender in recent high-school action.