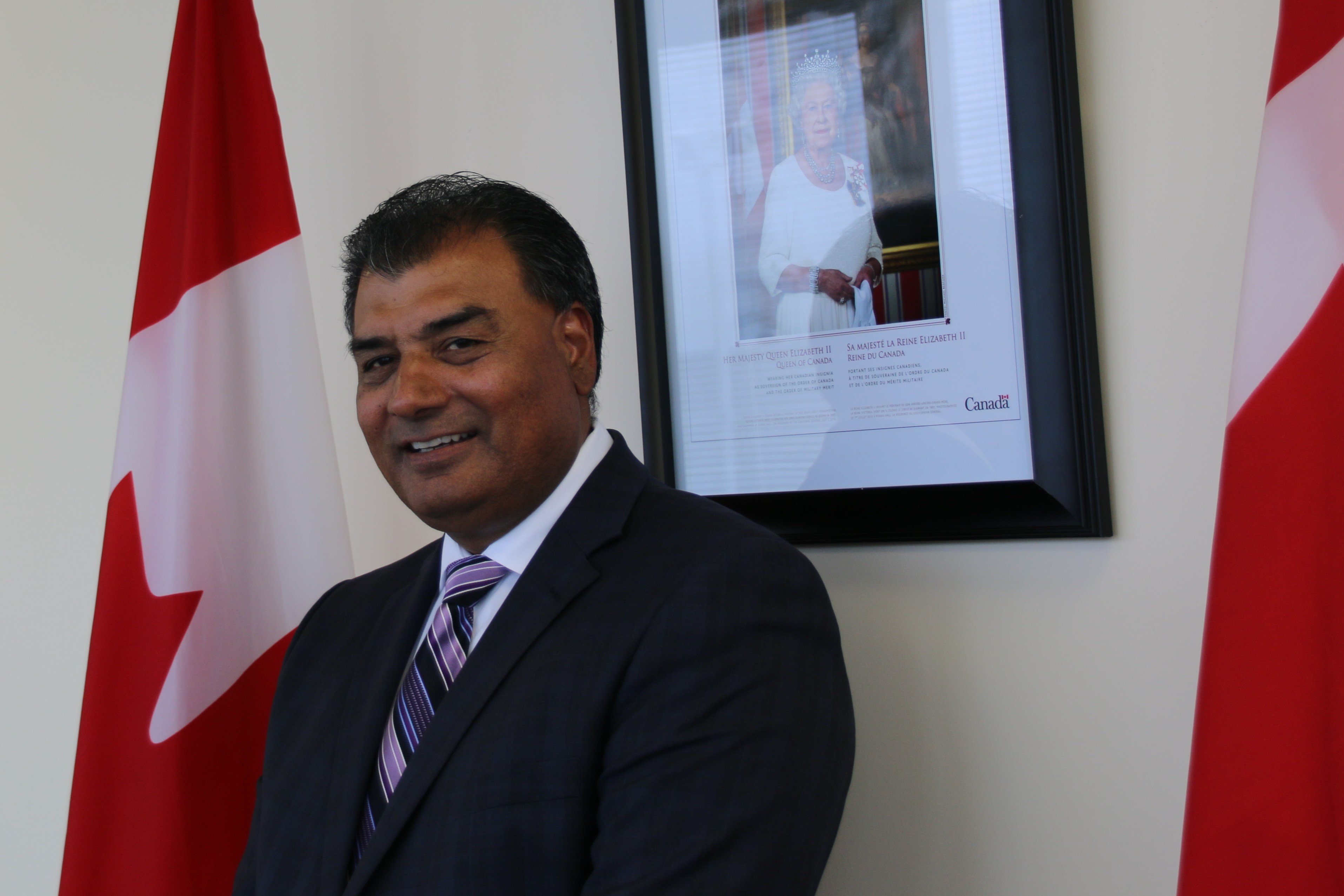 Bob Saroya might be forgiven if he had been feeling a little dazed after last October’s federal election. The newly elected rookie MP has been around political circles for years, having competed for the Markham—Unionville seat previously, in the 2011 election. But as the red tide washed over the GTA, it was a surprise to many that only Thornhill MP Peter Kent, and Saroya, were left standing. But with the well-established support team of blue, government workers suddenly swept aside, Saroya found himself having to fend for himself and not just on backbenches, but on the opposite side of the House of Commons from which he had hoped to sit.
It was a little bit of an adjustment, but ten months later, Saroya has found his sea legs and gotten into a groove that he asserts is serving his constituents well. In fact, there are some advantages to opposition benches where he is thriving under the leadership of the new interim leader of the Conservatives, Rona Ambrose.
Ambrose named Saroya Deputy Official Opposition Critic for Immigration, Refugees and Citizenship; he was also appointed to the Standing Committee on Citizenship and Immigration.
Saroya notes that instead of having to sell government policy, he is free–even mandated—to keep a keen eye on the government and hold it to account “vigorously” in the House of Commons and committee.
This committee vantage is an important one, he notes. While cabinet sets agendas, they must work with committees to implement programs—and Saroya’s front row seat at the table ensures a say in matters of immigration – an issue important to a riding that has a majority of first generation residents. Although the 10-person committee is stacked with six Liberals (compared to three Conservatives and one New Democrat), Saroya says that the input he gives, as the representative from one of Canada’s most diverse ridings, does affect the government bills that carry into action. That is true, he says of other committees and big issues too.
Saroya mentions a number of hot-button issues he’ll be watching where he feels the government has taken a ‘speak-first-think-later’ approach.
“I have spoken to tens of thousands of residents who have welcomed me into their homes these past several months” begins Saroya. “Markham—Unionville residents are concerned with safe injection sites, electoral reform and the horrendous gridlock.”
While gridlock will take cooperation with other levels of government, federal electoral reform is something the Liberal government walked boldly into during the last election with Prime Minister Justin Trudeau, bravely, or foolishly, depending on your perspective, claiming it would be the last election under the current first past the post system.
“Residents clearly want a referendum on the issue,” says Saroya, adding he’s heard that people do not want the government to push ahead quickly on. It would seem the government has listened and that promise has been overshadowed by other hot topics.
Safe-injection sites rile Saroya as they do many residents.
“If someone has an issue, they should be treated,” he begins. “The government is (through its policy) encouraging (addicts) to buy drugs from the streets and nobody knows what’s in them.”
He also notes that the illegal drugs also feed criminal organizations that encourage addiction. In his mind, a dual approach of cracking down on sellers of illegal drugs and treatment is a better way to go.
“We have no problem spending money for their treatment,” he says.
On the legalized marijuana front, Saroya is also critical of the government’s hasty promises to legalize without due research and consideration, citing the problems with unregulated and still-illegal dispensaries. While not directly opposing regulation of some kind, he does say that the current situation was avoidable.
“People are confused by the Liberal policies,” he says simply.
Conservative bread-and-butter issues like government fiscal responsibility and reduced debt also occupy Saroya’s mind as he takes aim at the decision of the current government to take on huge yearly debts.
“In this case the government out of control spending people’s money. We have to keep them accountable.”
So he does, by all means available. The ongoing canvases noted earlier will remain a staple of Saroya’s tenure in office, promising to cover the entire riding with his team about once per year. This back to basics, personal touch is what Saroya has always been good at it, and while he isn’t getting the national media coverage that fellow Liberal government MPs get, he is confident that the time spent at doors helps him gain a more coherent view of what constituents want than others can ascertain from their government perches.
Community roundtables, such as an upcoming one on electoral reform, will also be regular events. Sending out surveys, community meet-ups like his recent summer BBQ, attending events and just getting to know people are key to serving the riding well he says, stressing his accessibility.
“Every (phone) call is returned, every e-mail receives a reply and all letters receive a response.”
Although he admits sometimes the hours “can get long,” he also adds “I love this job and we are here to help.”