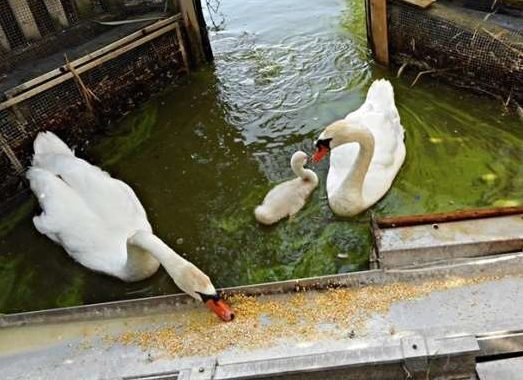 The Friends of Swan Lake Park, a group of Markham residents committed to
saving Swan Lake and Swan Lake Park, announced the official launch of its new website
www.friendsofswanlakepark.ca and its first public meeting on March 9 to discuss the issues in
the Park.

Swan Lake Park is situated at 25 Swan Park Road in Markham, which is north of 16th Avenue, midway between
Markham Road and 9th Line.

The Park, situated at 25 Swan Park Road, is home to over 90 species of birds and mammals. “Swan Lake is
dying, most fish have died, and plants cannot survive in the murky water. The lake contains
bacteria that can be harmful to animals and humans, and seven invasive plant species are overtaking
the Park,” suggests the group.

Fred Peters, a spokesperson for Friends of Swan Lake Park, says the group is working with Markham and
other government agencies to develop a sustainable plan that addresses all essential elements
within Swan Lake Park.

The groups says their mission is to encourage the city in its role as Steward of
Swan Lake Park to immediately address the water quality issues in Swan Lake, to establish a
comprehensive Environmental Plan for the Lake and Park that addresses all environmental issues and
to establish a Stewardship Policy for the Lake and Park that includes a sustainable Restoration
Program and a monitoring framework that will trigger timely remedial responses in the future.

Friends of Swan Lake Park are endeavouring to raise $5,000 through GoFundMe to support its
activities, including a planned 50th Anniversary Celebration of Earth Day on Saturday April 18th in
Swan Lake Park. Contributions can be made at www.gofundme.com/f/help-save-swan-lake-park

The group is hosting its first public meeting on March 9th from 7 – 8:30 p.m. at the Swan Club,
100 Lakeside Vista Way in Swan Lake Village. The meeting is titled “Back-to-the-Future” to
emphasize the need to restore the Lake and Park to their original health.  Brenda Librecz, Markham
Commissioner of Community and Fire Services, will be in attendance along with some Markham elected representatives.
National broadcaster Lloyd Robertson will serve as the moderator.

Seating for the March 9th meeting is limited, so those interested in attending are asked to
preregister by sending an email to [email protected]