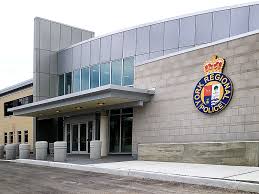 On Monday, Apr. 8, at approximately 10:20 a.m., police officers responded to reports of an armed robbery at a watch store located on Enterprise Boulevard, in the area of Warden Avenue and Highway 407.

Officers learned that a tow truck had crashed into the building, smashing the glass. Four suspects then pulled up in a second vehicle and got out with firearms. The suspects entered the store through the smashed glass and stole a quantity of watches and then fled in the same vehicle they had arrived in.

The suspects were described as male, wearing dark coloured clothing and armed with firearms. No one was physically injured during the incident and the investigation is ongoing.

Investigators from the Hold-Up Unit want to remind business owners of the importance of maintaining and updating video surveillance equipment. Quality images can help to identify suspects and aid in arrests, as well as having a tremendous impact during court proceedings.