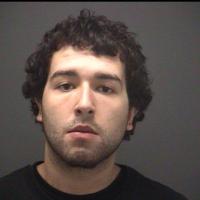 An arrest warrant has been issued for a 25-year-old man following a 2018 shooting in the City of Vaughan.

Shortly after 7 p.m. on Aug, 28, 2018, , York Regional Police responded to Vaughan Mills Mall following reports of the sound of gunshots in the parking lot. When officers arrived, witnesses
reported the suspects involved in the exchange of gunfire had fled the area.

Shortly after the incident occurred, investigators identified and charged two Toronto men who had been involved in the altercation.

Investigators also released surveillance video of a group of three men that were involved. One of the men in the video has been identified and a warrant has been issued for his arrest.

Jonathan Rodrigues, 25, of Toronto, is wanted for attempted murder with a firearm. He is urged to seek legal counsel and turn himself into police.

Investigators continue to seek any information on the whereabouts of the wanted man, as well as any information that may assist with identifying the other two men seen in the video. The video is
available for viewing at the following link: youtu.be/2shr93wyUwY.

Photo: York Police are seeking the public’s assistance in locating Jonathan Rodrigues, who is wanted for attempted murder with a firearm.