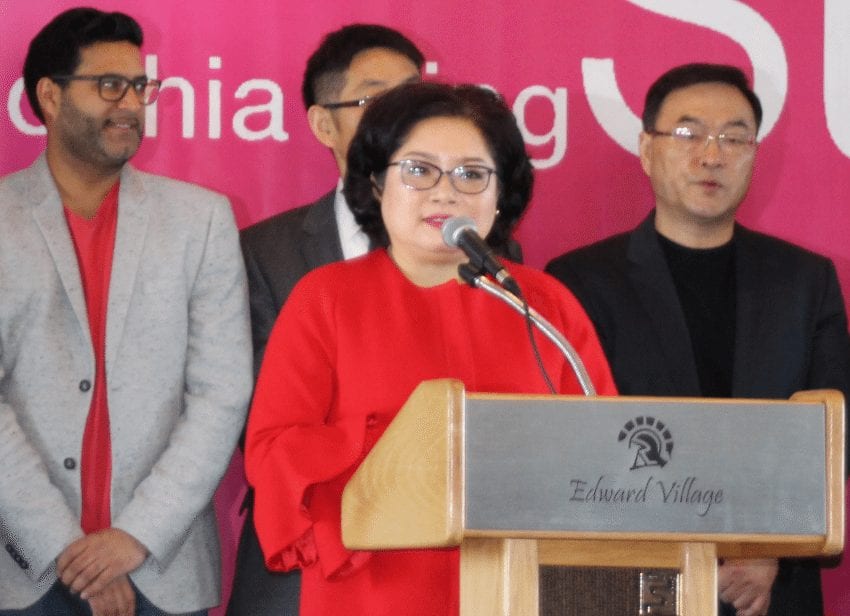 In early April, Sophia Ming Sun announced her candidacy for the Liberal nomination to run in the riding of Markham – Unionville in the 2018 provincial election.

Sun attends about 200 events each year in her roles as the president of the Canada-China Investment Association and executive director of the Confederation of Toronto Chinese Canadian Organizations.

In 2013, Sophia successfully organized an 11-mayor delegation to China for an economic development and cultural exchange. She later organized and joined a second mayoral trade mission to China in 2015.

Sun ran for Regional Councillor in Markham in the 2014 municipal election. She obtained thousands of votes, but not enough votes to beat incumbents Jim Jones, Joe Li, Jack Heath, or incoming Nirmala Armstrong for one of the four regional councillor seats.

Things are revving up as the next provincial election approaches.