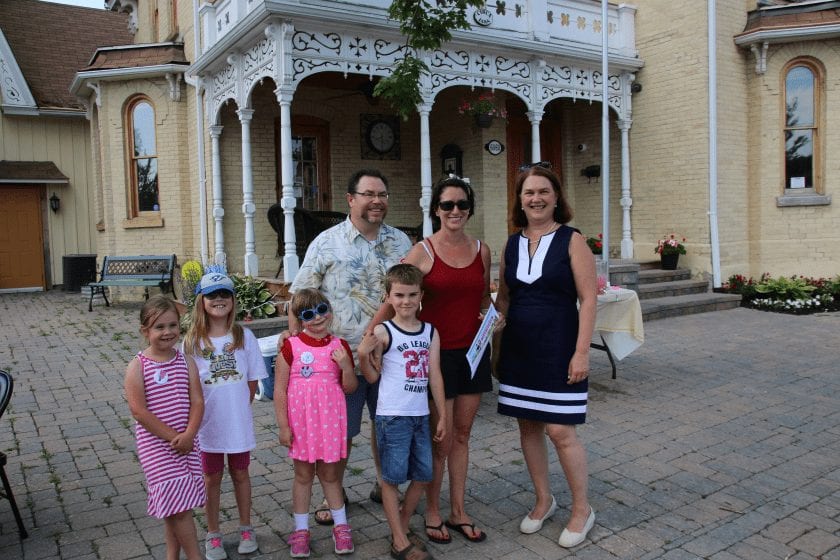 Some MPs get more media than others. Markham—Stouffville MP Jane Philpott is one of them.

Tasked with heading up the refugee file with fellow Markham MP John McCallum, sharing some work on marijuana legalization with former Toronto police chief Bill Blair, to being the lead minister on doctor-assisted suicide and safe-injection sites, the rookie MP and health minister is a force to be reckoned with.

In an interview with the Markham Review, she notes the importance of her ministerial work and the demanding schedule tending to national and international issues, but expressed a determination to keep time aside for constituent matters too. Luckily, she adds, given the “middle-class” character of her riding, many of the Liberal government’s national priorities are very relevant here.

One of those projects recently rolled out in a constituency office announcement is the new Canada Child Benefit (CCB) which replaces the popular Conservative-era Universal Child Care Benefit.

Gone is the “universal” element as high-income earners won’t get it, but she stresses that this new program is streamlined, consolidating three old Conservative initiatives and most families in Markham–Stouffville will be better off. Citing the “middle-class” demographic, she happily offers that “the average benefit per family is something like $2000 more than they were getting before.”

Extra money for constituents is an easy sell, but Philpott has shown she is not afraid to accept feedback on other less sexy topics.

Philpott’s ongoing hall meetings have been a key way to get local feedback on issues ranging from refugee settlement and climate change to Canada Post negotiations and electoral reform.

But does the input really matter to a government that seems determined to push its election agenda through?

Yes, says Philpott. They are one of three important ways the government is committed to collect info, aside from caucus discussion and committee input that draws on experts in various fields.

In contrast to bold Liberal election declarations, Philpott seems at ease with the government’s new-found consultative approach to some thorny issues like electoral reform and pot legalization.

With electoral reforms, she pointedly avoids promising to have a new system in place before the next election.

“I am in listening mode right now,” she says. “There is a commitment to finish it up in the not too distant future.”

With assisted suicide, Philpott, a physician, has been put in the hot seat. While she championed the government’s legislation, she says that came about following an intensive consultation process—despite the short timeframe provided to parliament by the Supreme Court.

Acknowledging that the legislation is a balance that leaves many unsatisfied, though she insists it is a responsible balance that does not compel doctors to go against their consciences.

Does helping to end a life run contrary to her morals? Philpott parses her words carefully.

“My responsibility as a member of parliament and Minister of Health is to make wise decisions on behalf of all the people I represent. The question was never if medically assisted dying was a right Canadians should enjoy, it was how (and) what would that look like,” she says. “I’m not there to make decisions on the basis of exactly what I would do in any given situation. I’m there to represent the residents of Markham—Stouffville.”

On the sticky issues of legal pot, she roundly approves of the Toronto clampdown on unlicensed pot dispensaries even as critics blame the Liberal election pledge for causing the problem.

While noting that the government is determined to push for legalization, a “free-for-all option” is “not in the cards,” noting that street dealing and unlicensed dispensaries feed criminal organizations and do nothing to control teenage use or the damage it can do to young, developing brains.

She doesn’t mention other to-be-discussed side issues like how to manage impaired drivers on pot but expressed confidence in the newly minted committee to study the situation and come up with a responsible and controlled situation.

Locally, she touts the Rouge National Urban Park as being a jewel in the making. Although announced by the previous Conservative government and championed by her predecessor, Paul Calandra, she notes that the expansion of the project is now underway thanks to a good relationship with the province that has encouraged them to hand over more land.

Good relationship with other levels of government is seen by Philpott as a core function, noting that while municipal, regional and provincial levels may administer local needs like roads, transit, infrastructure and housing, federal support is needed for funds and cooperation in areas under federal jurisdiction like communications, including broadband development.

She’s been busy. But isn’t that what she expected?

“Well I wasn’t necessarily expecting to be health minister so that has added a layer of busyness,” she says.

But she credits her local office staff for making a busy local schedule possible.

“This office provides outstanding service. We have fantastic work that’s been done (here) and I get home as often as I possibly can. I try to get home every weekend and there are weeks like this when I can spend more time in the riding.”