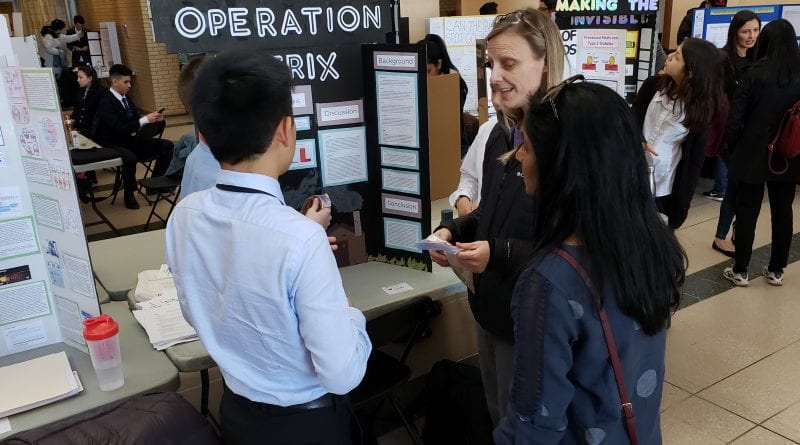 Three local students are heading to the east coast to compete in a national science fair and will receive mentoring from Innovation York after earning gold medals at a regional competition.

York Region District School Board (YRDSB) student Harry Parmar won gold at the York Region Science and Technology Fair for his presentation on Synthetic Violacein: Exploring the Power of Designer Pharmaceuticals in the Real World.

The three will represent York Region at the Canada-Wide Science Fair in Fredericton in May. “We are so proud of all of our students who participated in the Science and Technology Fair, and the staff who support them,” says Heather Sears, Superintendent of Education, Curriculum and Instructional Services. “Our students continue to show an impressive level of creativity, critical thinking and scientific knowledge and connections.”

More than 100 YRDSB students took part in the fair. Held April 12 and 13 at York University, the annual event provides an opportunity for students to showcase their scientific knowledge as well as problem-solving and critical-thinking skills. In total, YRDSB students took home more than 50 awards and honourable mentions, including nine special awards, 20 silver medals, 17 bronze medals and seven honourable mentions.

Photo courtesy of the York Region District School Board.