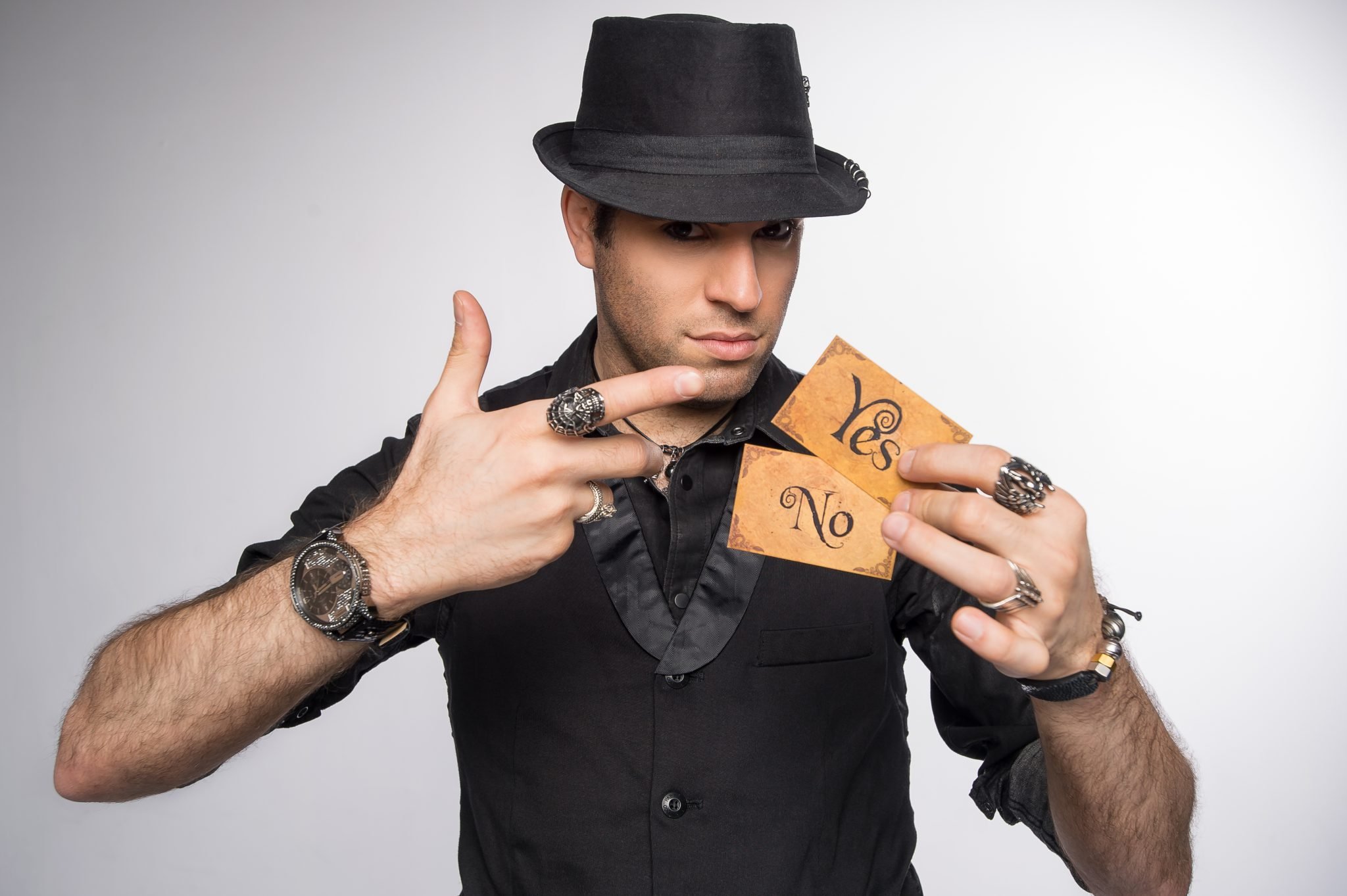 The idea of theatrical performance usually makes one think of a play, a musical show or, even, a stand-up comedian. However, as long as there have been theatres and audiences, there have been singular performers who refuse to be so simply defined.

Spidey, shortened from Bedros Spidey Akkelian, is an international hypnotist/mentalist/magician whose career began 10 years ago, right here in Canada. Being of Armenian descent, but a native of Montreal, he was able to land an audition on Canada’s Got Talent.

Spidey progressed to the final round, where legendary performer and panelist Martin Short was left exclaiming, “You are by far the most outstanding hypnotist we have ever seen!” Since then, he has become a sought-after performer in the realms of hypnosis, mentalism, and magic. He has built a career being able to entertain any audience; from theatres to colleges and corporate events to television.

Spidey brings his latest performance, entitled Make Believe – Magic of your Mind, to the Markham Theatre on Jan. 30.

“His show is all about mentalism and mind reading,” explains Spidey’s manager, Kevin Cruz Antunes. “His performance is all about giving the audience varying sensations: joy, spookiness, hilarity, intensity, awe and more.”

For the skeptics out there, Spidey may well be the real deal. After his initial success in Canada, he became known the world over for viral videos of him using covert hypnosis. His most-watched video features him hypnotizing his way out of a speeding ticket. Once this video reached a couple million views in 210 countries, bookings began to pour in.

Spidey is now seeing major recognition for his international magic/mentalism performances and creations. He was awarded U.S. Mentalist of the Year 2017 and nominated Canadian Magician of the Year. His performance at Montreal’s Just For Laughs Festival led him to become the exclusive mentalist creator for one of the largest online magic creator companies in the world, Theory11. He’s also become the go-to consultant for mentalism and hypnosis in Hollywood working with A-list directors like Robert Zemeckis and performers like Joseph Gordon-Levitt.

At the upcoming show in Markham, he’ll be performing his most popular tricks from his appearances in the last decade, but he’ll also bring a few new ones. He also works spontaneously with each audience he sees, so every performance is a singular event.

“Spidey is excited to bring his tricks to the Flato Markham Theatre stage,” says Antunes.

Some of these tricks include tapping into an audience member’s fondest memories, predicting their all-time favourite gift and then reveal the name of the person who gave it to them. He’ll play a game of Pictionary and reveal the very image the audience was thinking. Then, there’s a heart-racing game of Russian roulette using a six-inch nail. The goal of the show is to capture amazement and push the boundaries of the believable.

“His astounding demonstrations border on the supernatural,” says Antunes.