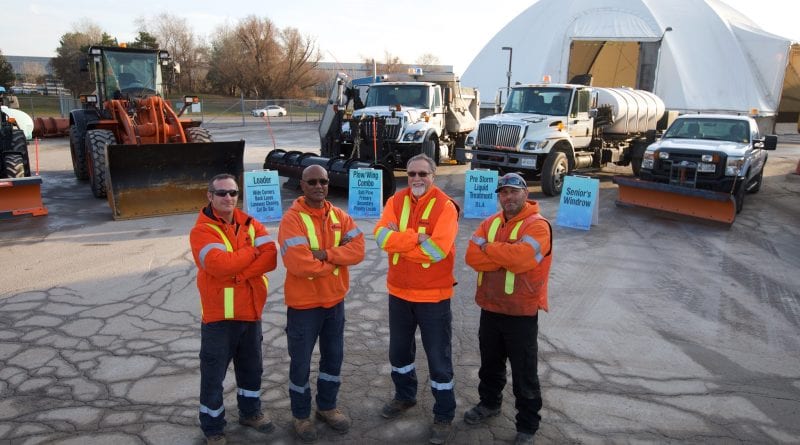 With the first snowfalls of the season already behind us and countless more on the horizon, the City of Markham is sharing information on some of the technical considerations that determine how it plows 2,100 kilometres of roads and 1,100 kilometres of sidewalks.

“Our winter operations crew is armed with the knowledge, technology and equipment necessary to get you around safely this winter,” Markham Mayor Frank Scarpitti says. “We have one of the fastest response times in the Greater Toronto Area and we are managing our winter operations in an efficient, cost-effective and sustainable way.”

After plowing, it’s normal for some snow to be left on the surface of roads and lanes, especially local roads that have less traffic than busier arterial/primary roads. The heavy volume of vehicles on primary or secondary roads melts the snow, creating a bare surface faster than roads with less traffic. Even snow-covered roads are safe to drive as long as drivers drive according to winter conditions. Remember to slow down and give yourself extra time to arrive at your destination safely. 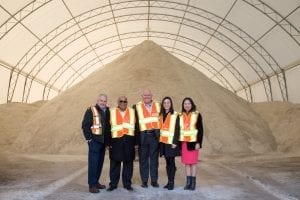 Staff use deicers such as brine, salt and sand to prevent roads from becoming icy. The city’s salt management plan considers the impact of salt on the environment and infrastructure. Salting and plowing are done with the support of specialized weather monitoring technology and application of good science-based practices. All roads are monitored before, during and after storms to adjust to conditions and to ensure public safety.

Wondering where the plows are following a snowstorm? The city’s winter app at markham.ca/winter will tell you where plows have been to give you an idea of its progress. If Environment Canada issues a severe storm warning, check markham.ca or follow the city on Twitter or Facebook (@cityofmarkham) for updates.

According to a resident survey conducted by Ipsos, 76 per cent of Markham residents are satisfied with overall winter maintenance by the Operations Department and 79 per cent are satisfied with service levels. The city has announced two new infrastructure improvements that support winter maintenance: a new yard that will improve the time it takes to mobilize and plow roads in the east end of Markham and new salt barns at the Central Yard to support growth.

Finally, park on the odd-numbered side of the street though April 15. If there’s a snowstorm, you must remove your parked car from the road, even if you have a permit. Parked cars block the road, forcing plows to return to check if they’ve been removed, which delays plowing for everyone. If your household is made up entirely of seniors aged 60 years and older or persons with a disability aged 12 to 60 years, you can apply to Markham’s Snow Windrow Removal Assistance Program.

Photo: The city’s winter operations crew is equipped with the knowledge, technology and equipment necessary to get you around safely during the next few months.