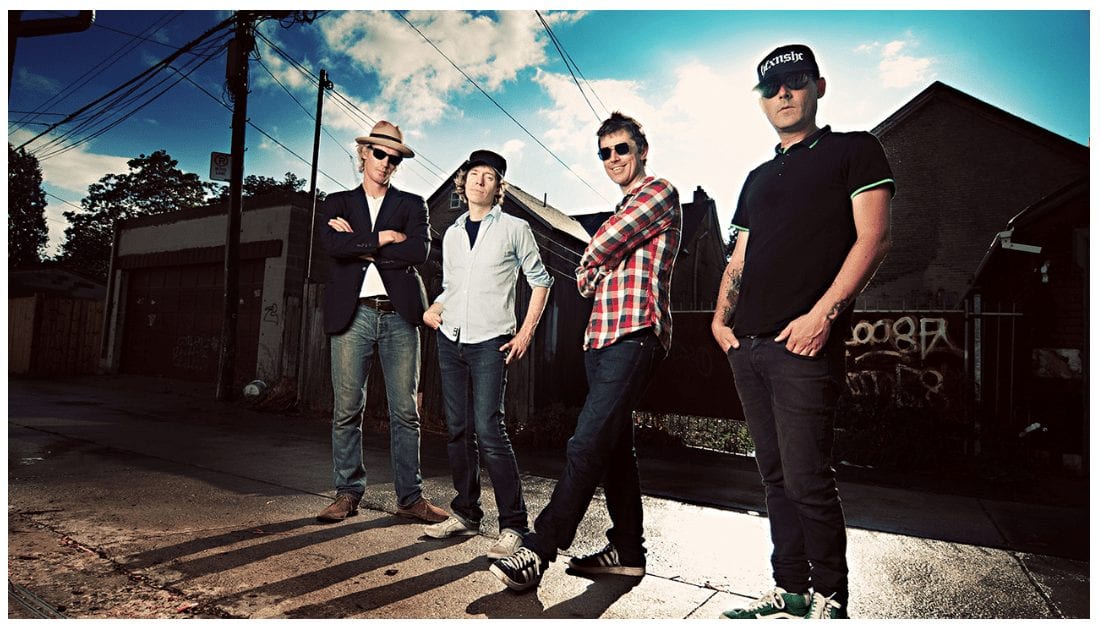 Though many bands see power struggles between their front-men and backups, Sloan isn’t one of them. The most democratic rock group, members Jay Ferguson, Chris Murphy, Patrick Pentland and Andrew Scott are partners—with equal say over their work.

Sloan’s first release in three years, Commonwealth, sees the Toronto-based quartet disassociating ever so slightly to create one of the more unique and ambitious recordings of their two-decade-plus career, an old-school double album with each member staking out a single side as their own artistic dominion.

Over the course of 10 albums, more than 30 singles, and multiple RPs, the band has tackled countless creative concepts from Hardcore 7” to kaleidoscopic song cycles like 2006’s 30-track Yep Roc debut, Never Hear The End Of It.

“It would be pointless to make just another 12 or 13 song Sloan record at this point,” Scott says. “I personally don’t find this to be too far outside of the box for us, just a slightly different approach.”

Indeed, the only arguable difference between Commonwealth and the preceding Sloan oeuvre is down to sequencing. Classic collections like Between the Bridges blended each songwriter’s work over the span of the album, their cohesion and continuity provided by all four members’ mastery of big melodies and power hooks, cheeky charm and tear jerking introspection.

“For the most part everyone has been left to their own when contributing to a record,” says Pentland. “With no real ‘rules’ to adhere to. That was the case this time as well, except instead of then having to put the different writer’s contributions into a sequence that made sense after the fact, we each just got our own side.”

The sessions – produced by Sloan and Ryan Haslett at the band’s Sloan Studio in Toronto – were a labour of love, that Scott attributes to “a combination of availability, determination, readiness, willingness, intentionality, hoping, wanting, doubting, fearing, needing, waffling, trying, failing, restarting, assembling, writing, and eventually deciding and trusting.”

Ultimately, what makes Commonwealth so special is how the disjointed approach manages to underscore the veteran band’s extraordinary strengths, setting off the particular ingredients without ever losing sight of the sum of their parts. While Murphy insists that there is no “group identity beyond including songs from the same four guys every time,” Ferguson argues that the essence of Sloan can always be found in their trademark vocal accord.

“No matter how disparate sounding our songs can sound at times, the one thing that balances and forces unity is the harmonies on each others’ songs,” he says. “The music can seem unrelated but I think the singing and harmonies unifies our records.”

Sloan will celebrate Commonwealth with a long overdue US tour, slated to get underway in the fall. For all their talk of separate real estate, Sloan remains very much a rock ‘n’ roll band exemplified every time the members come together on the concert stage.

“Recording is so controlled. We just do it how we do it and then we become a true band again after the fact,” Scott says. “I think – or hope – that there is a collective drive to continue to make great records and to leave some important work behind for others to hear and appreciate (or not). As long as there is still gas in the tank it is our duty to see this through and continue to contribute some good to this world.”