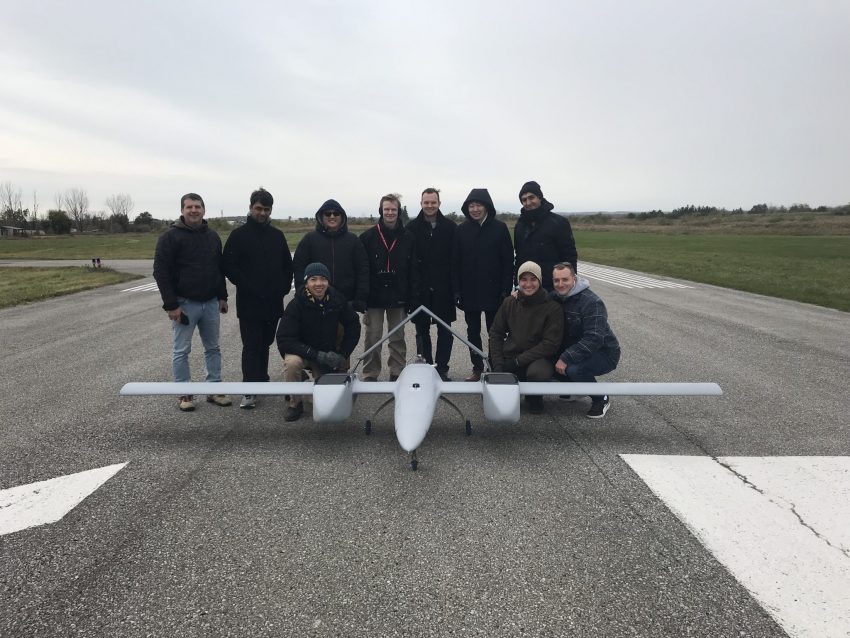 “Flight testing a drone such as the DX-3 is no easy feat,” says Jeremy Wang, chief technology officer. “With its custom airframe, electronics and software, and coming in at a take-off weight above the 25 kilograms normally allowed by regulations, it goes without saying that safety and reliability are our priority. Mitigating the key risks and verifying key technical requirements is a major achievement for our team.”

Since securing a special flight operations certificate earlier this year, The Sky Guys has focused on systems integration, pilot training and developing operating procedures, culminating in on-going flight tests that will continue through 2019.

Founded in 2015 in Oakville, The Sky Guys is ranked in the top 20 drone operators globally and the top drone operator in Canada for inspections, surveying and mapping for niche industries such as oil and gas pipeline monitoring, power and utility corridor mapping, mining, defence, security and emergency response efforts.

Photo courtesy of The Sky Guys.