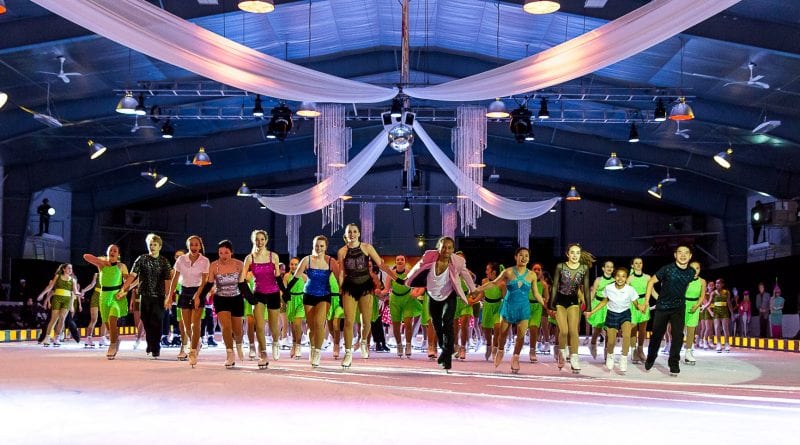 The Unionville Skating Club’s premiere event will be a trip through the last fifty years.

The long-running club’s popular Ice Fantasia showcase returns April 12-14, but because of a milestone—this show mark’s the club’s 50th one—organizers have decided to do something special. This year’s theme is Fabulous 50, showcasing the current group of skaters’ talent, but also the club’s history in the community.

“The first half is all 1950s music,” said Sandy Osbaldeston, a Unionville Skating Club coach and the director of this year’s show. “The second half is all numbers that we’ve done in the last 50 years that we’re recreating.”

Osbaldeston says the now biannual show is a great opportunity for many of the club’s thousand skaters to show their friends and families what they’ve been learning, but it’s also become a source of entertainment for members of the Markham and Unionville communities, who she says have always supported the club over the years.

Rehearsals for the two-and-a-half hour show started in March.

Though some Unionville Skating Club members go on to compete in provincial and national tournaments and, perhaps, have Olympic ambitions, the club is overwhelmingly an amateur club for people who enjoy being on the ice and partaking in its various sports. The club isn’t just about figure skating, but also power skating and synchronized skating, among other disciplines.

Skaters in Ice Fantasia range from three years old to 18. There will also be special guest skaters from outside the club.

From costumes to choreography, a lot goes into Ice Fantasia, which is as much an opportunity for skaters to show off their stuff as it is for people interested in taking up skating to see what it’s all about.

“Every time that we have an ice show, our membership increases a little bit,” she said. “People either want to participate in the following year’s ice show or they want to get involved right in the year that we’re in. It definitely helps with our membership.”

Both Nitert and Osbaldeston noted that interest in skating itself seems to be on the rise, in particular for new Canadians.

“We often have waiting lists for our programs,” Nitert said. “Especially new immigrants and people who are new to the city of Markham seem to really want to make sure that their children learn how to skate.”

For some of the younger members, the Unionville Skating Club is a good way to get a handle on basic skating skills that can be parlayed into hockey, ringette or simply hobby skating. Those interested in the more artistic ice sports can also take those on.

Osbaldeston says she hopes Ice Fantasia shows people how much enjoyment ice sports can give.

“It’s got such good camaraderie,” she said. “Skaters make good friendships and a lot of skating friends stay friends for life. It’s just entertaining. The music’s great and it’s non-stop. There are no stops in the show—it just keeps going.”

Tickets are available at onstagedirect.com/unionvilleskatingclub.