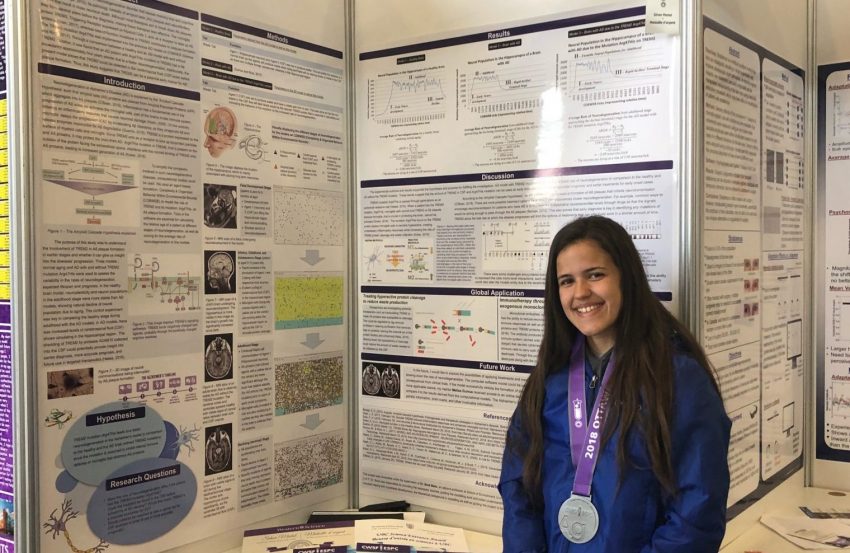 Her project, The Role of Microglia TREM2 on the Progression of Alzheimer’s Disease, was also awarded $10,500 in entrance scholarships from various institutions including Dalhousie University, Carleton University, University of Ottawa, UBC Science, and Western University.

As one of 11 Team York Region members, six of whom also won medals, Cotovio was the Team Ontario chair leader. She presented her research to 26 judges and also discussed her project during public viewing days, which were attended by professors and business owners to give students the opportunity to patent their innovations.

As someone with a keen interest in neurology, she is looking forward to her first year at the McMaster University Health Sciences program, which begins in September. Notably, Cotovio was one of only 120 students admitted out of 6,000 applicants.