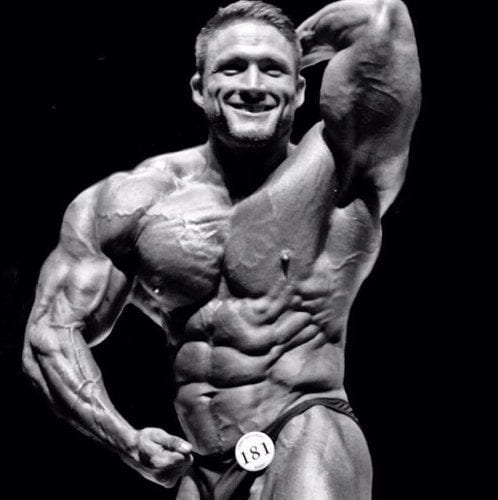 To become a great athlete, dedication, time and focus are required.

Bodybuilder Fedel Clarke should know – the discipline and commitment needed are immense to compete in the upcoming 2017 Toronto Championships, hosted in Markham.

Clarke and his partner, Fred Antwi, have been organizing this event since 2012, and have held it at the Flato Markham Theatre for the last four years. This year’s competition takes place March 18.

Clarke has competed for nearly 20 years, and notes that it takes three months to prepare for a competition.

“Focus, just worry about yourself for three months… Weight training, cardio workout and nutrition for three months, and no time for work and family,” he says to prospective competitors.

Many new to bodybuilding might think that competitors eat more in the weeks before competing, but most simply eat better foods, not more.

“They grow muscles of season, and have more calories at that time. They drink protein supplements all the time.”

He also says that most serious competitors spend about two hours per day, for six days a week, on weights and cardio.

Each year at the event, competitors’ ages range from under ten to 70. The junior fitness is for 10 and under; they do dance and push ups.

This event couldn’t be timelier, as Clarke says that body building as a sport is gaining popularity.

“The reason the sport has grown over the last 10 years is the change from being mainly a body building competition, focusing on being as big as possible, to now it has more of a physique show, more fitness with more categories,” he says.

“Every day women now look at the women on the stage. They see that they can also go work out, and look that good. (It has) much bigger appeal. More women and men that aren’t necessarily super big, but want to compete and have an amazing looking physique. The majority of the (female) competitors just look amazing, and look healthy. In the past, there was only men and women’s body building, where the biggest and strongest won. Muscle size is still important, but not the only thing that matters.”

For anyone in shape and ready to go, it is $100 to register per category, and you need to be an OPA membership at $100.

For those who would prefer to watch than compete, enjoy the morning show of prejudging for $30 or attend the finals at 5pm for $50.