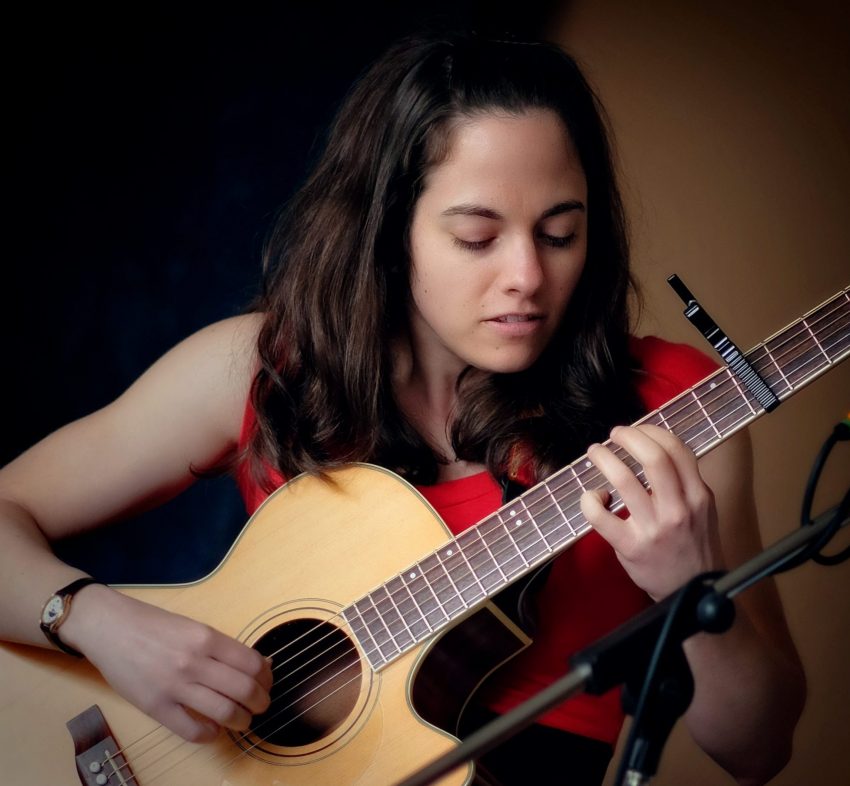 Toronto-based singer-songwriter Shawna Caspi released her fourth studio album Forest Fire in early September. Engineered and produced by Don Kerr (Rheostatics, Bahamas, Ron Sexsmith), the album is complete with Shawna’s remarkable lyrical fingerpicking guitar style, elegant arrangements and powerful messaging in which Shawna strives to be unafraid, to embolden quieted voices and to tell the truth above all else.

Forest Fire is a collection of songs about burning things down and building them up again, drawing
listeners into the depths of haunting, atmospheric tracks, then lifting them out with airy, bluegrass
instrumentation and hopeful narratives for brighter days. It’s dark granite stone with a shot of glimmering
quartz through the middle. When the words get heavy, they are held up to the light of love, grace, and
gratitude. The album features a compelling mix of instrumentalists including Rosalyn Dennett (fiddle,
background vocals), Don Kerr (drums, background vocals, cello), Dave Matheson (piano, organ), Joel
Schwartz (electric guitar, baritone guitar, rhythm acoustic guitar, mandolin, resonator, tenor banjo), Ben
Whiteley (double bass) and Alyssa Wright (cello).

“It’s an album about cycles, about playing the long game,” says Caspi. “That’s why it’s called Forest Fire
– something that seems huge and devastating when it happens, but in the relative vastness of space
and time, it’s just one small moment on a much grander scale, a necessary catastrophe that leads to
new growth.” Forest Fire features her paintings on the front and back cover and throughout the
album artwork design.

Caspi performs solo, but there’s a whole band under her fingertips. A mighty singer, a story sculptor,
and a truth teller, she has toured across Canada and the United States and believes in poetry and the
power of one person and one instrument. Her vocals are brewed by years of classical training
followed by years on the road finding her own voice singing folk songs. She combines power, intensity,
character, and closeness. Her performances capture audiences with grace and intimacy whether the
setting is a living room, a festival stage, or the bar car of a passenger train.

Caspi performs Nov. 18 at The Living Room in Markham.