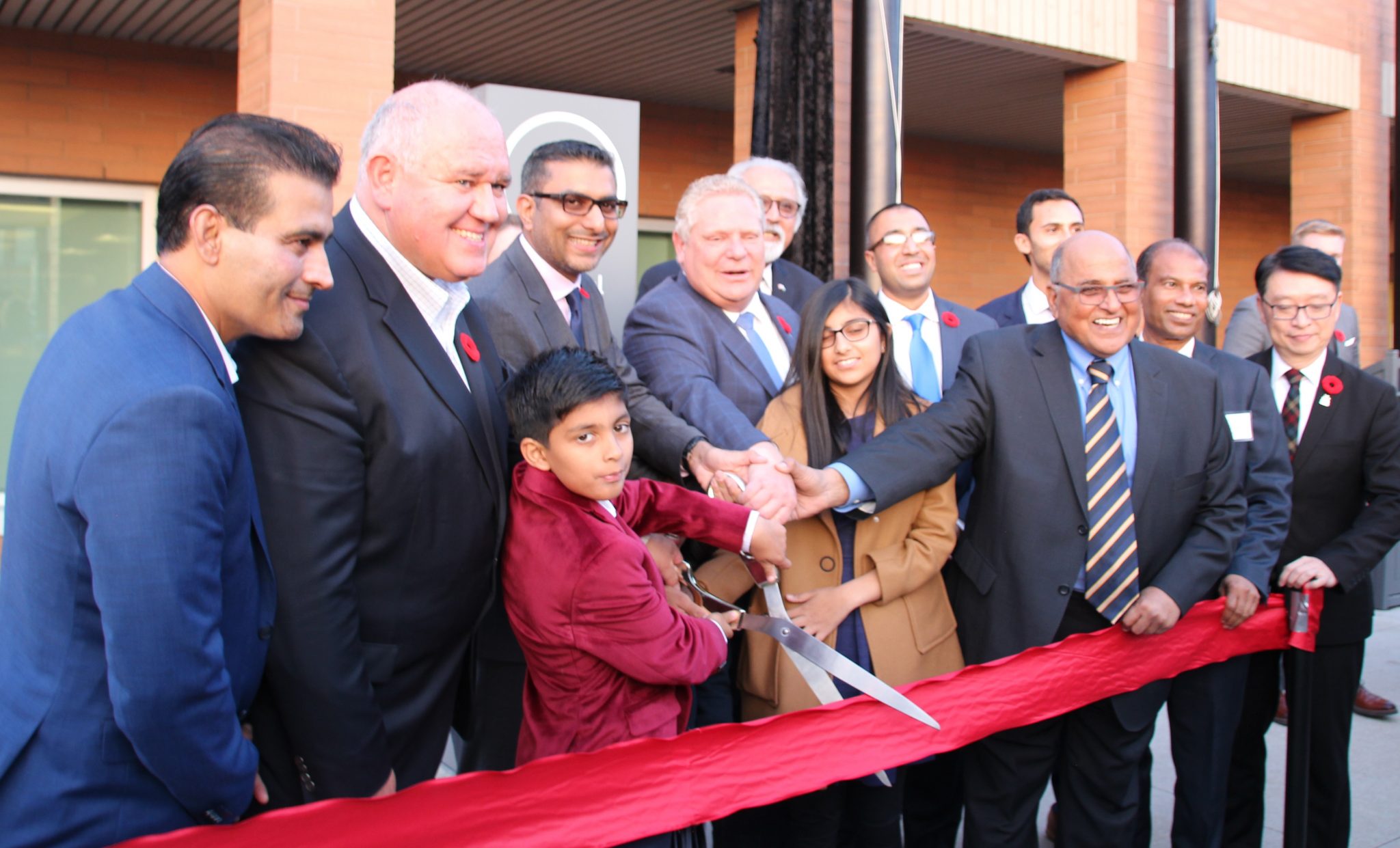 You knew something big was up when politicians of all stripes – senators, MPPs, mayors, councillors and even Ontario’s Premier – interrupted their day and made their way to Markham-Stouffville Hospital. There, they joined with the business leaders of Markham, the Canadian Pakistani business community, hospital leadership and grateful members of the public to celebrate the unveiling of the Shakir Rehmatullah Cancer Clinic and the huge donation from Rehmatullah that made it possible.

While the actual amount donated by Rehmatullah, president and founder of Flato Developments, was not disclosed, the “seven-figure” number was clearly a momentous occasion for the hospital and one which brought tears to the eyes of Allan Bell, hospital foundation community relations and corporate partnerships VP, as he marked the occasion with thanks and heralded Rehmatullah as a man of his word. A promise was made months ago to do something big.

For Rehmatullah, the gift was also a personal one, noting he lost his father to cancer and well understood the need for funding to fight the disease. The thanks offered by many on hand included Markham Mayor Frank Scarpitti, who also lost his father to cancer and lauded Rehmatullah for not forgetting the lessons of their fathers and to give back to the community. Scarpitti also took the opportunity to urge the Premier not to neglect the health care system and continue to invest new government money into facilities like Markham-Stouffville Hospital.

Rehmatullah, even swiped one of Ford’s slogans as he addressed the crowd, encouraging Ford and Scarpitti to continue to “cut the red tape” for businesses and keep health care at the forefront of planning. Responding to Bell’s remarks about his pledge, he looked to Bell and said, “Promise made, promise kept.” And with that, the curtain was drawn down on the new sign for the clinic.